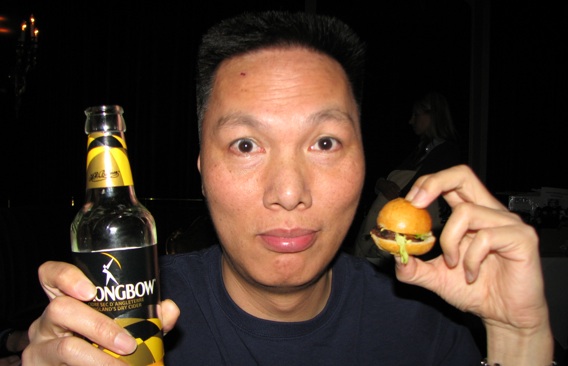 Last night, Twestival took place in nearly 200 cities around the world. The event brought together Twitter users for a night of fun, networking and money raising for charity:water. The Vancouver Twestival, known on YVRTwestival, was organized by the face of Vancouver social media. Hat tip to Miss604 and her volunteers, Raul, Tanya, Jenn, Rachael, Lorraine, and Greg for putting on a really nice event.

Vancouver Twestival was held at the Opus Hotel in good luck finding parking Yaletown. While the Opus is a nice hotel, the venue was a little too small to hold the 200+ attendees. It was really packed in there. Then again, it’s better to have a packed house than an empty one. Opus was nice enough to donate 6% of all drink proceeds to chartiy:water. The free finger food was OK but the food you had to pay for was pretty bad. We went for dinner at Cactus Club after.

In addition to networking and putting a face to the Twitter name, there was a lot of twittering going on. A live Twitter board was set up for people to check the feed. I gave away three Market Leverage “I’m Blogging This” T Shirts by sending a tweet to the board and asking people to find me among the sea of attendees. It was amazing how fast they found me.

Not counting the drink sales from the Opus, Vancouver’s Twestival raised $4,011 for charity:water. That’s enough to built one well to provide clean drinking water for an entire village. A fun event that helps people too. What can be better than that? 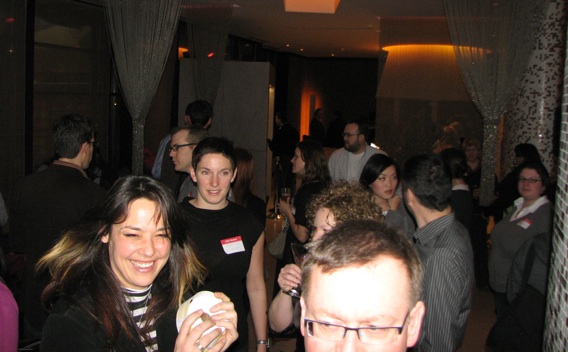 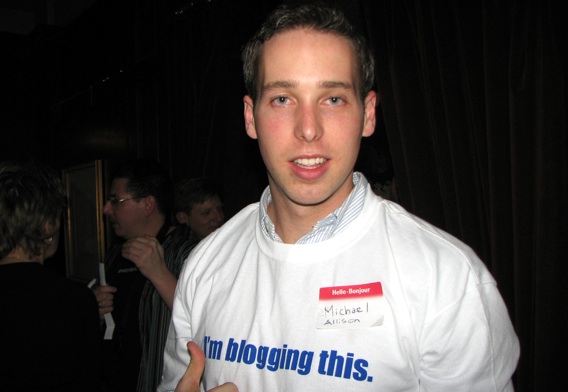 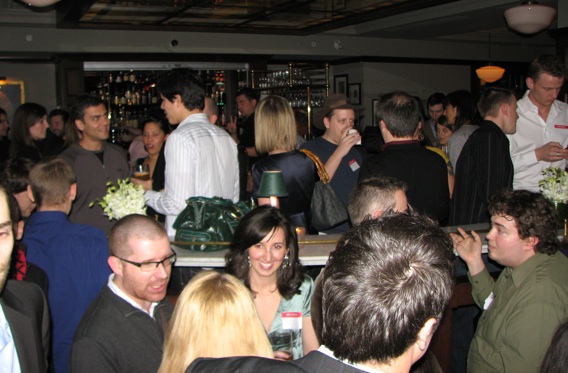