What better way to start a Taste of Yaletown than at the Cactus Club Cafe. The Cactus Club is a restaurant chain founded by Richie and Scotty. Both were in their early 20’s and working for Earl’s at the time. They pitched their idea of opening the Cactus Club to Earl’s founder. For whatever reason, Mr. Earl saw something in the two young boys and decided to invest in them.

Today, Cactus Club has 17 restaurants in BC and three in Alberta with more openings planned. The Yaletown Cactus Club is the most expensive Cactus Club to date, built at a cost of $6.9 million. Cactus Club is the new home of Iron Chef America champ Rob Feenie. Chef Feenie joined the Club after he was ousted from his Lumiere fine dining restaurant. Since taking on the position of Food Concept Architect, Chef Feenie has revamped and tweaked the Cactus menu to the point where it won Vancouver magazine’s Best Casual Dining Restaurant award for the first time (it beat out Earl’s).

Sarah and I went to Cactus Club right after Ideas on Tap. We were joined by Tim Sykes and Adarsh. Sarah ordered the 3-course Taste of Yaletown menu while the rest of us went with some of Feenie’s signature items. 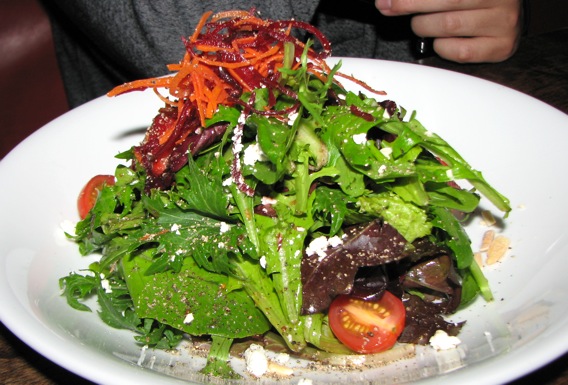 Tim started with the seasonal greens. Made with grape tomatoes, roasted almonds, feta, seasonal berries and lemon-thyme vinaigrette. It looked very fresh and Tim said it was really good starter.

I ordered a plate of dry ribs to share among the table. The ribs are tossed with sea salt and cracked pepper to give it a nice kick. 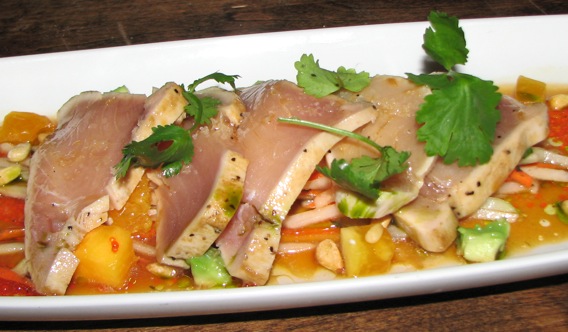 This was Sarah’s first Taste of Yaletown dish and it was awesome! Seared albacore tuna, green papaya slaw, orange, avocado, pine nuts and yuzu vinaigrette. Honestly, it was amazing. Make sure you try this if you go to the Cactus Club. 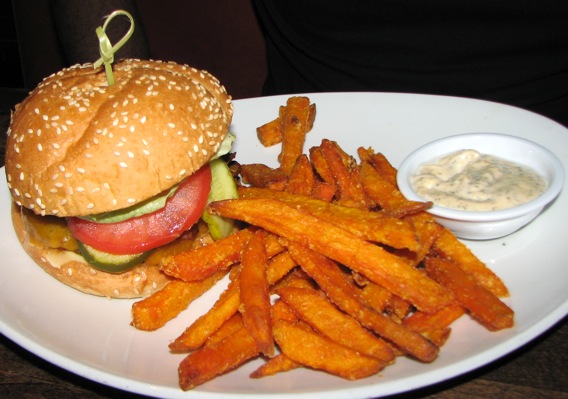 The Burger was known as the Feenie Burger back when Feenie owned Lumiere. It’s made with sautÃ©ed mushrooms, aged cheddar cheese, cured bacon, red pepper relish and served with yam fries. 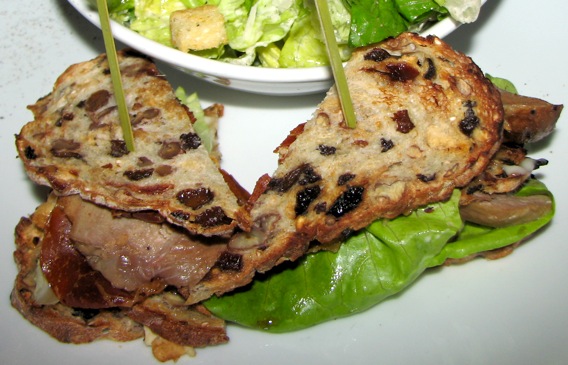 Tim and I went with Feenie’s signature BBQ duck clubhouse. Made with BBQ duck, pan seared chicken and prosciutto on pecan fruit bread, the BBQ duck is a clubhouse to die for. I had mine with a salad while Tim had his with yam fries. 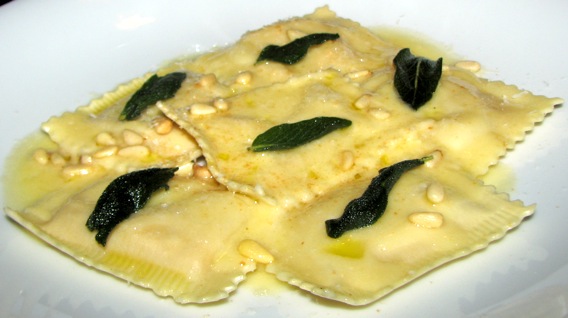 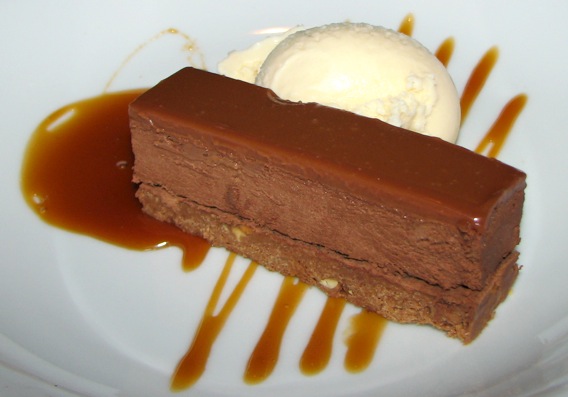 This was the dessert that drove everyone wild at the Taste of Yaletown opening gala. It also shows that Chef Feenie listens to input from tasters. When we first tried the dessert at the gala, Ed Lau commented that it would be perfect if it was served with some ice cream. I’m very happy to report that the peanut butter crunch bar now comes with vanilla bean ice cream and caramel sauce.

Dinner for four came to $150 with tax, drinks and tip. That is extremely reasonable for a restaurant with a chef at the caliber of Feenie. Not all Cactus Club Cafe serve the Rob Feenie signature items yet. If you find one that does, make sure you order them. You won’t be disappointed.