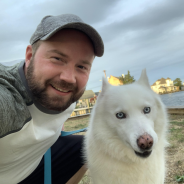 Ten Years of Twitter: Who will hit 100 million followers first?

By Zac Johnson March 3rd, 2016 Leave a response The Net

Twitter has completely changed the way users interact with each other and how news rapidly spreads around the world today. With over 300 million active users on their site, the moment someone posts anything newsworthy or interesting, it can go viral in seconds.

While Twitter and Facebook are two of the most popular social networks in the world today, they are both different into the way they deliver content and allow users to follow other accounts.Â In terms of engagement and growth, Twitter seems to have an edge over Facebook, as it’s quite easy to follow someone and the use of usernames and hashtags makes it easy to find anyone or trending topics at any given time. In the world of entertainment, celebrity, world news and branding this is especially true.

With such a massive audience all in one place, it only makes sense that celebrities and brands have taken advantage of what Twitter has to offer. While the growth of Twitter has been nothing short of amazing, it’s also important to note that the social network will be celebrating their tenth anniversary this year! It’s quite hard to imagine the world of social media and online marketing without Twitter, but it’s also hard to imagine Twitter and their massive growth without the support of celebrities throughout the world giving it notoriety.

In addition to hitting the ten-year mark, Twitter is also likely to see their first set of users hit that elusive 100 million follower mark. With the majority of the world’s celebrities already on Twitter, you can imagine which already likely have a massive following. To see a complete visual breakdownÂ of the top accounts on Twitter, we can refer to a new infographic released from Twiends.com titled “The Top 100 Twitter Users of 2016” shown below.

Before looking at the infographic, we should first cover how all of this data was pulled together. As mentioned in their article, Twiends went through in-depth reports and data to compile their list of top Twitter users and how they got to the massive following they have today. Much of the data was comprised from “cached copies of the user profile pages and also referenced cached and current versions of the top user lists published by Twitaholic, Twitter Counter, FriendorFollow and Socialbakers.”.

In comparison to the average account on Twitter, having millions of followers is not very common. It’s also important to note that many of these followers could actually be fake! There are over 300 million users on Twitter, but there are also reports in the news all the time about how many of these accounts are spam to simply inflate follower numbers.

On the flip side, Twitter has become one of the most powerful and effective ways to expand your reach and engage with your followers. There are no limitations on how often you can post, and not associated costs with it. This means celebrities and brands can post as often as they want, and millions of their followers will see it.

To reiterate the importance of growing a Twitter following, we can also look at the infographic report to see who has made the biggest moves during 2015 in terms of new followers. Celebrities still lead the way, with Taylor Swift and Katy Perry adding over 20 million followers each, but big name brands are also making moves as well. CNN, SportsCenter, ESPN and YouTube all added around 10 million followers in 2015.

While it’s safe to say celebrities and big brands are going to continue to hold the top positions on the Twitter, knowing exactly who will remain at the top is not a given. Right now Katy PerryÂ and Taylor SwiftÂ seem to be the Queens of Twitter… now it’s just a battle to see which will hit the 100 million mark first!