Review Kodak Zx3 At The Farm At Swans Trail 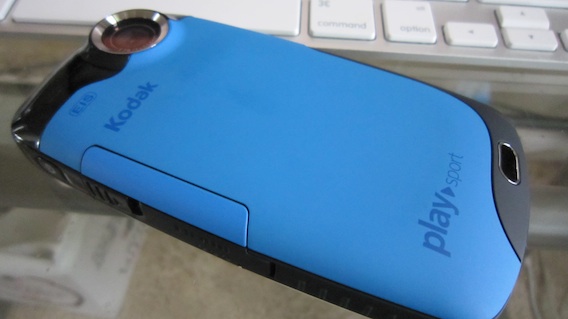 I had an opportunity to take Sally to the Farm at Swans Trail so I used it to test out the new Kodak PlaySport Zx3 digital video recorder that I received at Blog World Expo. The Zx3 competes against the popular Flip Mino digital video recorder but it has a few extra features going for it. For starters, the Zx3 offers higher resolution. While the Flip is limited to 720P, the Kodak is able to record at full 1080P HD. In addition, the Zx3 is waterproof down to three meters so you can film underwater. I haven’t tested the Zx3’s ability to keep out the water yet, but I will at tomorrow’s Dot Com Pho. I plan to sink into a glass of tea. The Kodak can take 5MP photos while the Flip is just a video recorder.

Quality wise, the Zx3 seems on par with the Flip Mino HD but down from the Flip Ultra HD (Kodak has a Zi8 that competes against the Ultra). All files are recorded in .mov format which imports directly into iMovie without any problems. I like how the Zx3 uses SD cards instead of built in memory. The Flip Mino is limited to an hour recording time because of non-upgradeable built in memory. With the Zx3, I can load in a 32GB SD card and record for over eight hours.

Here is a video I made while we were at the farm. The Zx3 was extremely easy to use and very portable. It’s a true take anywhere digital camcorder that is perfect for capturing those moments that you’ll want to share with the world on YouTube. For higher quality work, I’ll stick with the Canon HF S100 but for casual stuff like filming an episode of Dot Com Pho, the Kodak Zx3 is hard to beat.