By John Chow May 19th, 2009 Leave a response Blogging, Technology 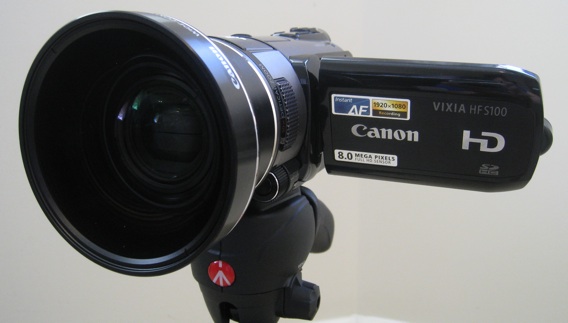 My video blogging is about to take a leap into the AVCHD dimension thanks to the addition of the new Canon Vixia HF S100 HD camcorder to my blogging setup. The HF S100 is Canon’s new top of the line consumer/prosumer level HD camcorder. It’s identical to the Vixia HF S10 with the only difference being the S10 has 32GB of flash memory built in while the S100 has none. Since I have about 100GB of SCHD cards, there’s really no need to pay the extra $200 for the S10’s built in memory.

I rounded out the new blogging setup by adding a Canon WD H58 Wide Angle Lens (the thing is HUGE!) and a Canon DM-100 Directional Stereo Microphone (now shown). I also picked up a BP-819 Lithium Ion Battery Pack because the battery that comes with S100 doesn’t last very long. The entire setup sits on a Manfroto 785B Tripod, which was the gadget of the week on last Saturday’s Dot Com Pho.

At nearly $1,700, the setup isn’t cheap but it’s still way less expensive than going for a professional studio setup. It’s also a lot easier to haul around. I’ll be testing the new video blogging setup tonight during my presentation for Third Tuesday. Should be fun. 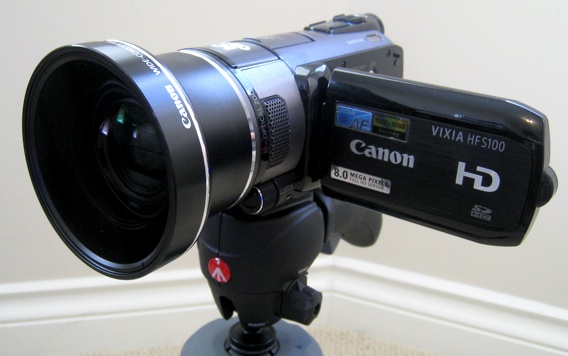 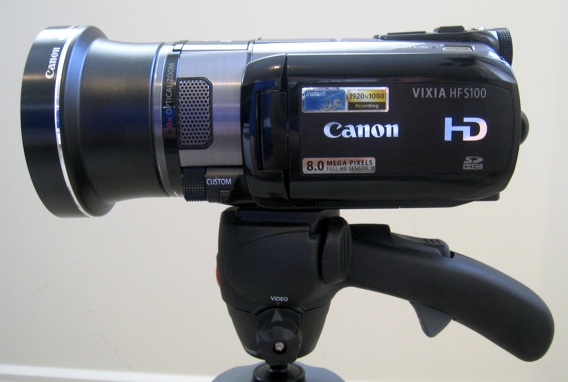 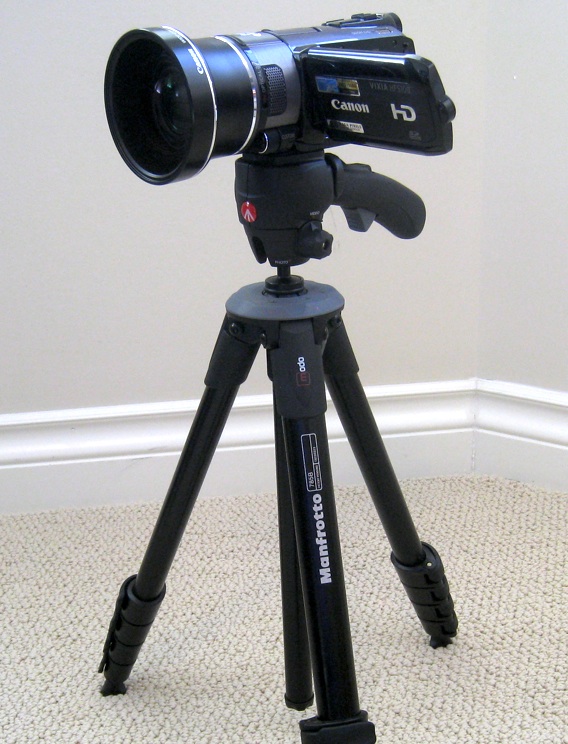