Lining Up At The Canada Line

The Canada Line is a SkyTrain extension that connects downtown Vancouver to Richmond and the Vancouver International Airport. Originally set to open in time of the Vancouver 2010 Olympic Games, the line was completed three and a half months ahead of schedule. However, the final cost came in at a whopping $500 million over the $1.5 billion budget. Today was the grand opening and Translink (the line operators) invited all of Vancouver to check out the Canada Line by taking a free ride. The only problem was, everybody showed up and the Canada Line turned into the Canada line up.

We arrived at the Canada Line via the Sea Bus from Lonsdale Quay to Waterfront Station. This station is where the Canada Line begins. A trip from the Waterfront Station to the Richmond or the airport would take only 26 minutes. However, because all of Vancouver decided to check out the new line, the wait to get onto the trains was 2.5 to 3 hours long! I decided that I don’t need to ride this train so badly and interviewed people in the Canada line up instead.

Since riding the Canada Line was no longer an option, I used the opportunity to show off the HiDef power of my Canon VIXIA HFS100 camcorder by filming the new Vancouver waterfront convention centre and Coal Harbour. Vancouver has won the best city in the world to live in for more years than I can remember. The following photos and video should explain why. 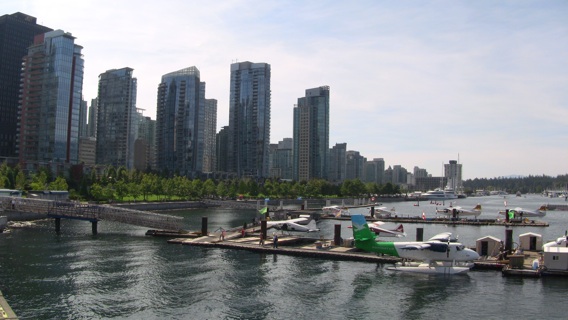 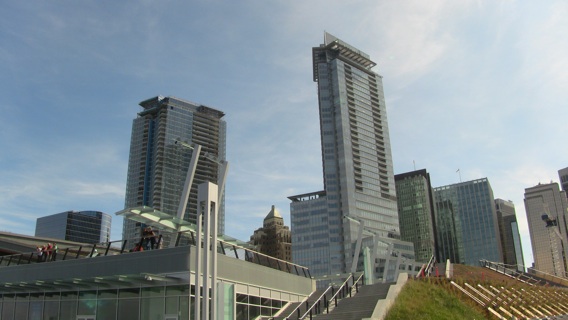 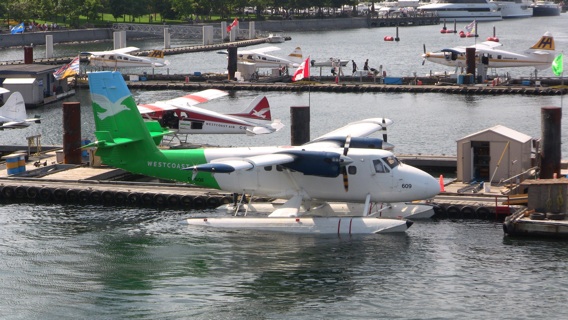 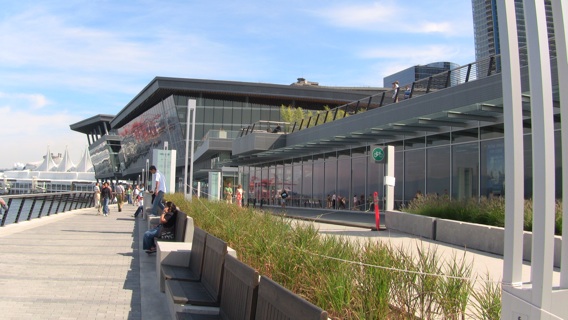 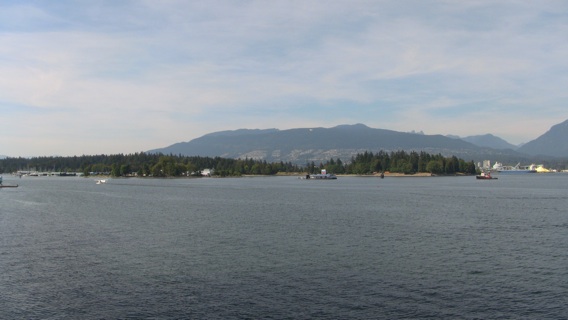