This edition of the weekly Dot Com Pho meetup saw the crew head to Vancouver’s Main Street to try out some Beefy Beef Noodles. Beef noodle soup is the closest thing that Taiwan has to Pho. I first tried it when I was in Taipei for Computex and was glad to see that Vancouver had quite a few Taiwan beef noodle houses.

Beefy Beef Noodle gets its name because their bowl of noodle has some pretty big chunks of beef in it. The place is almost too clean for an Asian restaurant. Unlike Wang’s Beef Noodle House, we weren’t afraid of getting sick after eating. It should be noted that I want to hold Dot Com Pho at Wang’s but was voted down because everyone was too scare to eat there.

The beef noodle at Beefy wasn’t bad but it’s wasn’t that great either. The beef was nice and tender but the soup base and noodle didn’t wasn’t up to the same level. I also had a chance to sample some marinated tofu, seaweed and pig ears. The only thing that was good were the pig ears. The tofu was bland and the seaweed was pretty much uneatable.

Beefy Beef Noodle was recommend to us by Greg Morgan, who was also the one who made that Greek Simpatico Dot Com Pho recommendation. At least he showed up this time to share our pain.

For this edition of Dot Com Pho, we have THREE GIRLS showing up, pink drinks with balls and lots of pride, Lesley kicking Ed Lau out of bed, deep fried squid tentacles, pig ear fail, fireworks credits and Ed Lau graduating school only to go back to school. Got to maintain that professional student status, I guess. 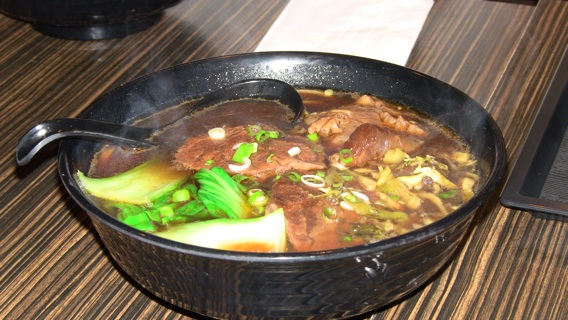 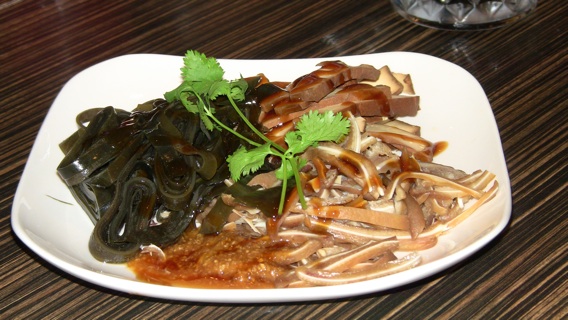 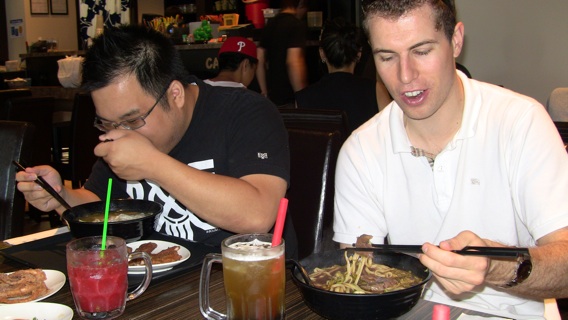