Dining Under The Five Sails 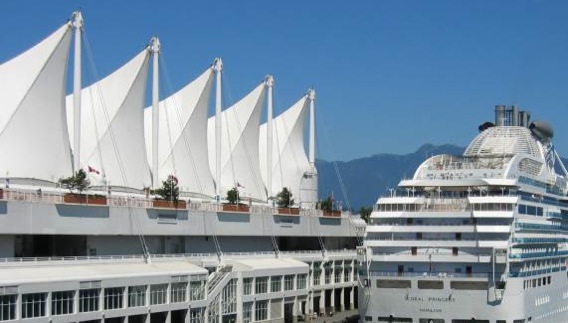 Re-launched in May 2007 under the husband and wife team of Chef Ernst Dorfler and Gerry Sayers, Five Sails Restaurant brings award winning cuisine, gracious hospitality and stunning views of Vancouver’s inner harbour, Stanley Park and Coastal mountains. Located in the R Level at Canada Place, Five Sails gets its name from the five sails that make up the Canada Place convention center.

The restaurant features an exclusive private dining room for up to 20 guests, a chic new bar and lounge area with a modern fire feature that is not child safe at all. There is nothing to stop you from touching the open flame and getting burn. I personally think it’s a lawsuit waiting to happen.

With the new owners, Five Sails have lost some of its stuffiness. The restaurant used to have a dress code that require gentlemen to wear a suit with tie and ladies to wear an evening dress. It was all in keeping with the five star status of the Pan Pacific Hotel. These days, Five Sails or Pan Pacific don’t care if you show up wearing a T-shirt and cutoff jean. Mind you, you will look really out of place if you do that.

As you no doubt guessed, Five Sails is a very expensive and somewhat exclusive restaurant. However, for the value minded foodie who wish to try it, Five Sails have extended their $38 Dine Out Vancouver menu until February 28. Reservations are highly recommend and a credit card is required. 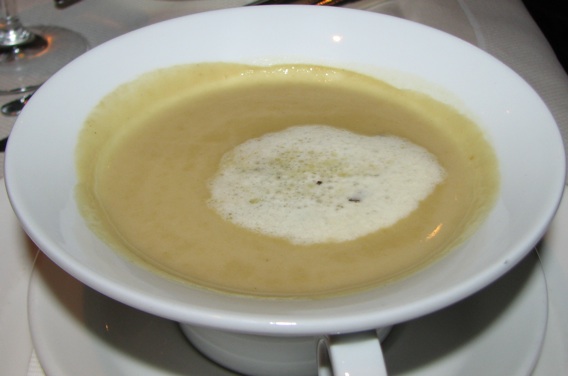 The opening dish was a Porcini mushroom and celeriac soup made with a dollop of black truffle cream. the opener was very refreshing and surprisingly, not too rich, which was what I was expecting given anything with truffles in it. 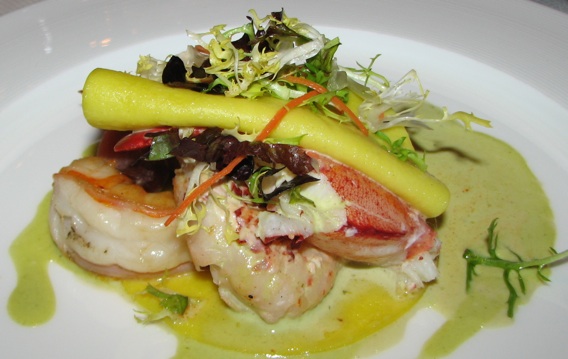 Chef’s selection of organic baby lettuces, lightly tossed in walnut oil dressing on golden beet carpaccio, caramelized pecans and warm goat cheese. To really kick it up a notch, I added a half fresh Atlantic lobster for an extra $12. It looked more like a big shrimp than a lobster but it tasted really good. 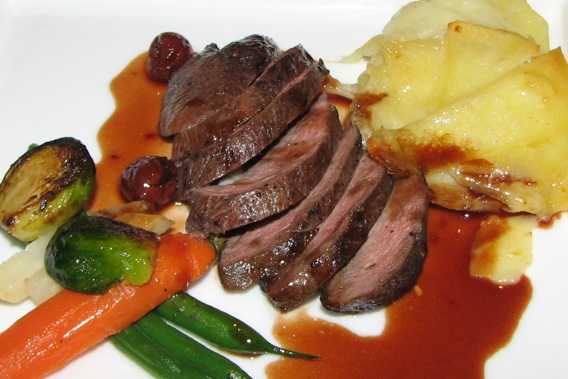 Sarah’s main course was the roast breast of Fraser Valley duck made with BC sour cherry sauce, braised winter vegetables and golden potato gratin. It was a nice dish but the duck wasn’t a tender as the duck from Bishop’s. 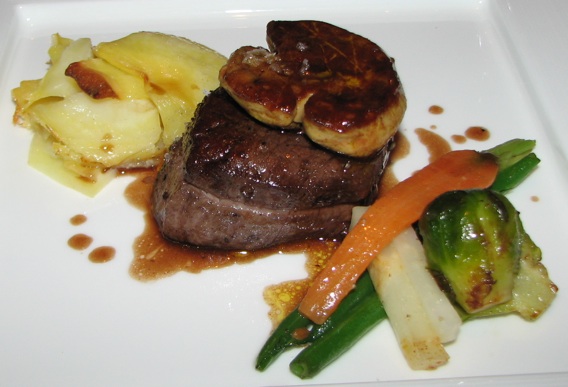 This was a fantastic dish. The beef was extremely tender and went really with the glass of Pinot Noir 2006 from Mission Hill winery. I added the pan seared foie gras because, well, I just can’t resist foie gras! All you duck lovers can save the “Do you know how they make foie gras?” speech. I know and I don’t care. You’re talking to the guy who disrespected a lobster, remember? 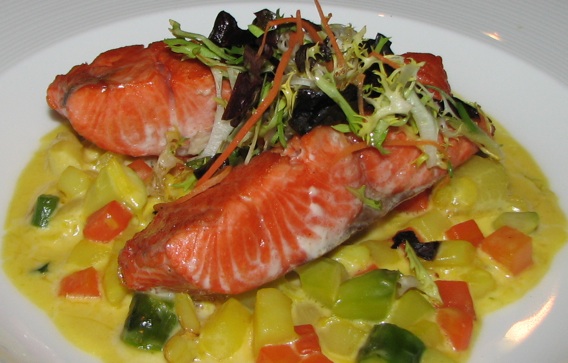 Pan seared BC salmon on Dungeness crab chowder scented with saffron and small market vegetables. I generally prefer my salmon raw but when it’s cook right, it’s just as enjoyable. The salmon was cooked near perfect, with just the right firmness and tenderness. 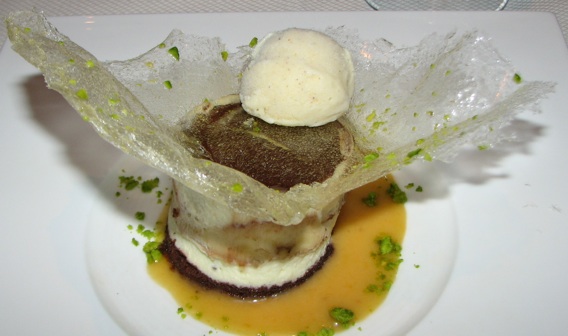 The first dessert was a sensuous pairing of banana, vanilla mousse and chocolate ganache. The presentation was pretty impressive even if it was a bit lopsided. The taste was very sweet and rich. 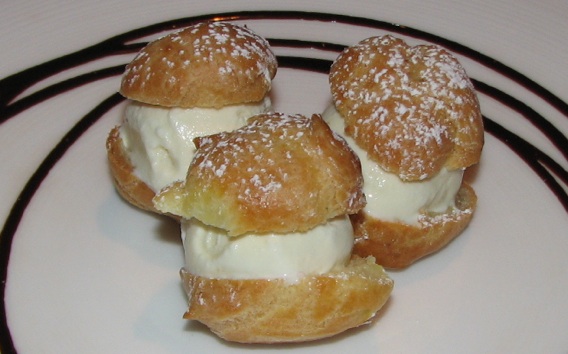 The presentation of the Profiteroles wasn’t as impressive as the tango but it tasted just as good. The taste was much lighter than the first dessert and marked a nice end to a delicous meal.