I love the guys and girls over at Epic Direct Network. Not only are they the largest performance based network in the world, with over 45,000 publishers, but they also throw the most amazing parties in the industry. If you were at the party they threw last year at the Playboy Mansion, then you know what I’m talking about.

Unlike other parties, an Epic party is all expenses paid. That means you don’t have to worry about your flight or hotel or anything else. You just have to come ready to party. Of course, a party at this level isn’t open to just anyone. Invites are sent only to the top 40 Epic publishers. The cool thing is, one of those 40 publishers could be you! All you have to do is enter the Epic Direct Publisher Challenge.

Our company is throwing an all-expense paid party at the Playboy Mansion, yes THE Playboy Mansion, in Holmby Hills, CA. The winning publishers will be our guests, in addition to 2 nights accommodations and plenty more in LA.

This years all expense paid weekend begins on Friday July 15th, with an afternoon Party at the Playboy Mansion on Saturday July 16th from 3pm till 8pm, followed by an AMAZING after party at a secret, undisclosed location!

Will This Be You? 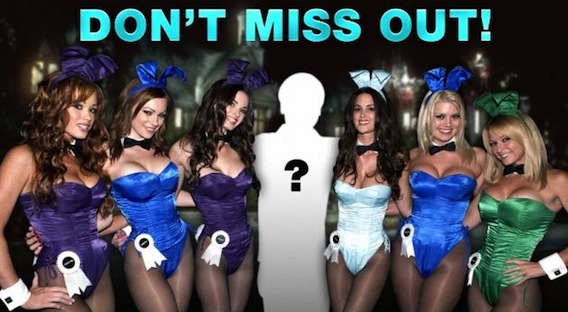 There are two ways to win the challenge and party at the Playboy Mansion. The top 35 publishers who drive the highest amount of incremental revenue through the Epic Direct network during the period of January 1, 2011 at 12:01AM Eastern Time to April 30th, 2011 Midnight Eastern Time versus the prior 4-month period (September 1, 2010 to December, 31, 2010).

New this year. Epic will be sending the TOP 5 total revenue generating publishers to the Mansion in addition to incremental earners. Top grossing publishers will also qualify based on revenues earned from January 1, 2011 till April 30, 2011.

But I’m Not A Super Affiliate!

OK, you’re thinking this is the best party event in the world and you would give ANYTHING to go but you’re not a Super Affiliate and the chances of beating the likes of Shoemoney in an affiliate challenge is pretty much zero. Have no fear because there will be opportunities to win tickets to the party over the next few months. In fact, I might have a ticket available to one lucky reader. However, you can’t win unless you are an Epic Direct publisher, so head on over there and sign up! Stay tune for more.