Win a VIP Table at the 2011 Affiliate Summit Tip-Off Party!

The 2011 Affiliate Summit Tip-Off Party at the Hardwood Suite of the Palms hotel happens Jan 10, 2011. This party is open to everyone and we’re going to jam the place with wall to wall people. It’s really not that hard to do. A party at a swank 10,000 square feet suite plus open bar all night long equals wall to wall people. However, I won’t have to deal with that because I have a VIP table for myself and the winners of my Affiliate Summit Gold Passes contest. Want to have a VIP table like me? Well, you can!

Here’s the deal. RSVP between now and December 23 and you could win a VIP table at the biggest party of Affiliate Summit. Not only will you have your own table for yourself and nine of your closest friends but you’ll be invited to the VIP only cocktail hour that’ll take place one hour before general admission. Affiliate Summit is all about networking. Think of all the high powered contacts you can make during the VIP cocktail hour. 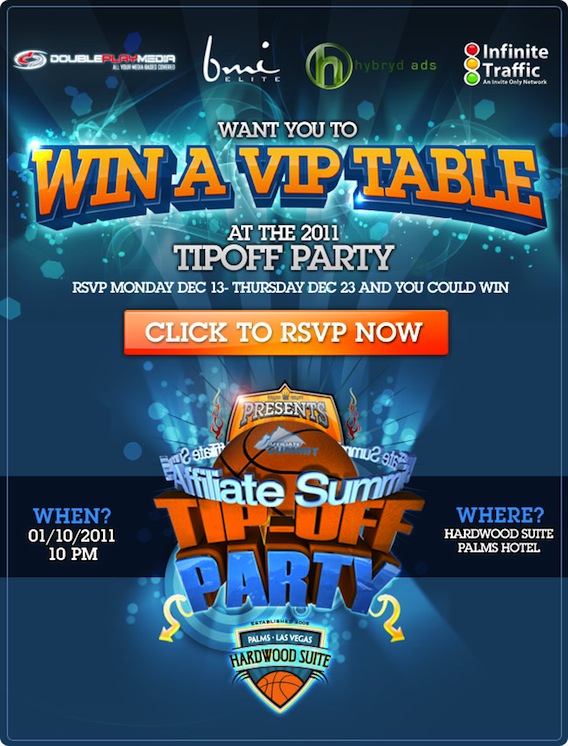