The medals for the Olympics are minted by the Royal Canadian Mint. They’re the same company that prints all the money for Canada and many other countries. During the Olympics, the Mint has a pavilion set up at 500 Granville Street so you can view the Olympics medals and other interesting stuff. While the medals maybe the main draw, the real attraction on display was the $1 million gold coin.

The one of a kind coin was minted from 100KG (220lbs) of 99999 pure gold and is worth far more than its face value of $1 million. Gold is currently selling for $1,118 an ounce. That means 220lbs of gold cost nearly $4 million. That’s just for raw gold bricks. Gold is worth more if its been minted into a coin or another valuable object. This may explain why the coin was sealed behind thick bullet proof glass. This coin is recognized by Guinness World Records to be the world’s largest gold coin.

The Royal Canadian Mint Pavilion is open to the public during the 2010 Games. If you want to see the mega coin, then be prepare to line up for at least an hour and a half. As a matter of fact, lining up seems to be the theme of the Olympics. 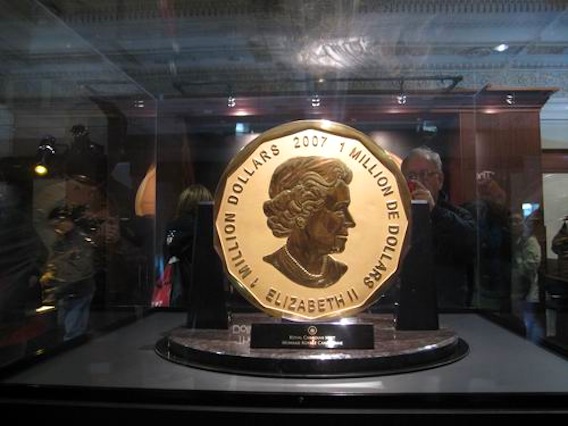 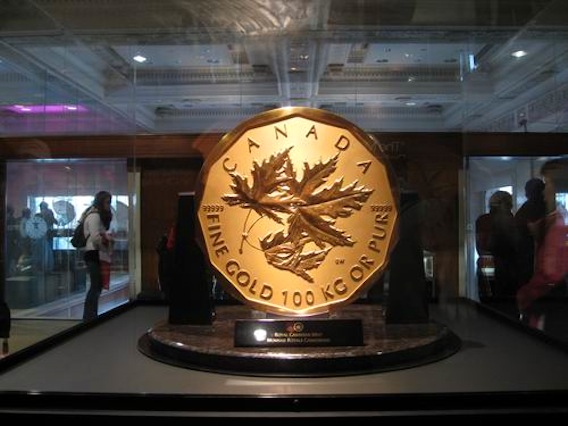 Thanks to Ashley Chow for taking the photos. You can read Ashley’s Olympic adventures here and here.