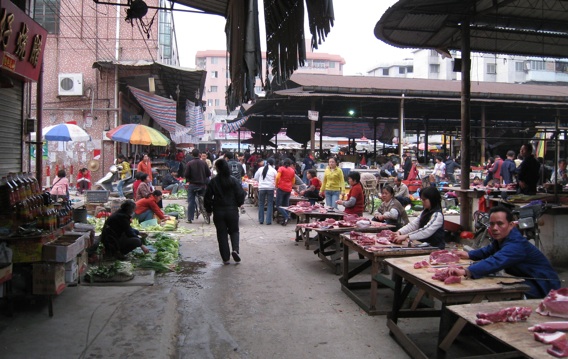 The Punyu Public Market used to be where my father would go to sell the veggie he grew in our farm. I used to go with him but I never did any shopping because I was way too young to ever concern myself with such things. Instead, while my dad tried to sell his produces, I played with the other kids.

The market has grown a lot since I was a kid. It is now so big that you can easily get lost in it. On the weekend, the market is packed with wall to wall people. Luckily, it was only Wednesday when we went.

An interesting thing I discovered while touring the market (and China in general) was everyone and his dog can speak Mandarin. I thought (wrongly) that Sarah would get a taste of what I got in Shanghai since Cantonese is the dialect spoken in the Gungdong Province. However, since Mandarin is the official language of China, everyone is required to learn it in school. As a results, Sarah merely communicated with the locals in Mandarin and they all communicated back the same.

If you were expecting the Punyu Public Market to be like the public markets you find in the West, you can forget about it. This will be unlike anything market you’ve ever experienced. 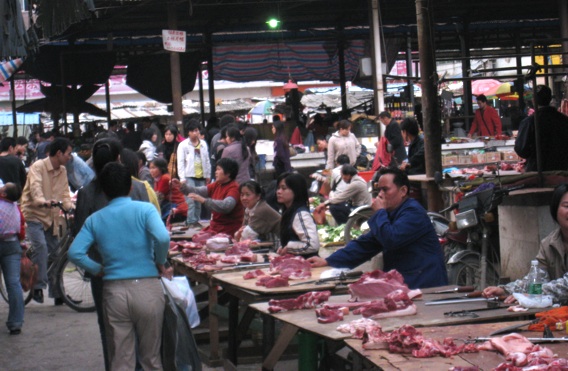 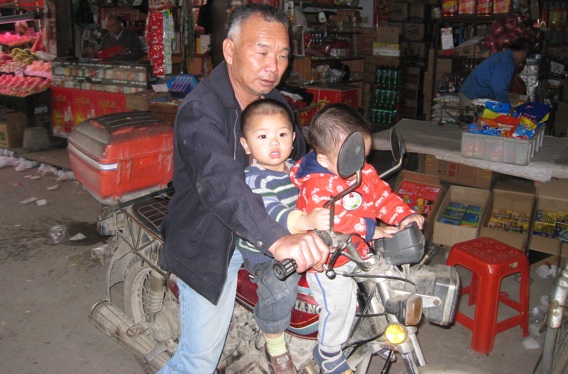 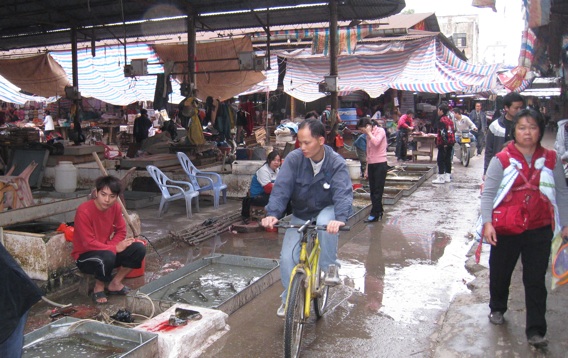 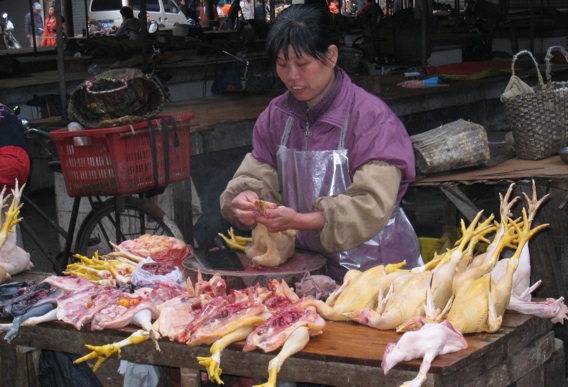