Visiting The Offices of Hootsuite

I had a chance to swing by the offices of Hootsiuite today and have coffee with its head owl, Ryan Holmes.

Started in December 2008 as a side project of Invoke Media, Hootsuite soon took on a life of its own. Today, the service is one of the most used Twitter clients in the world and those Hootsuite Owls are nearly as recognized as the Angry Birds. 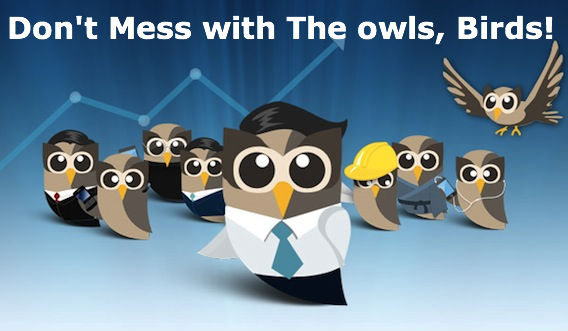 Hootsuite started 2011 with a bang when their application won the Best Social Media Management Tool at the Mashable Awards. Ryan has many new features planned for Hootsuite in 2011. One of them is the recently launched affiliate program, which is being rolled out to Pro and Enterprise Hootsuite users.

The Hootsuite office is about what you would expect from a Web 2.0 firm. It’s very laid back with no dress code. There are no cubicles. Employees work in two big open spaces. Stress release is provided by a couple of fools ball tables and some really old Nintendo NES consoles.