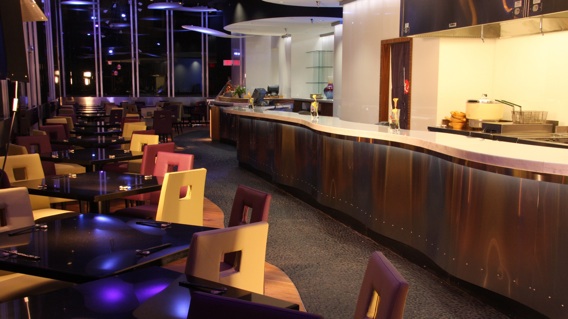 I first sampled the cooking of Miku during the Taste BC fund raising event. They had by far the best tasting food at the event and I was looking forward to the day I would visit their restaurant. That day was last night as I took Sarah to Miku for our Valentine’s Day dinner.

Miku is the first North American restaurant of the Tora Corporation. Founded by Seigo Nakamura, Tora operates seven successful restaurants in Japan and has built up quite an enviable reputation. When it came time to invade the West, Vancouver was their city of choice. And you can’t really blame them. Vancouver has a large Asian population and is ranked the best city in the world to live. Plans are in the works to open restaurants in New York and Los Angeles. But for now, the only way to experience Miku’s famous Aburi-sytle sushi in America is to come to Vancouver.

No doubt, you’ve had sushi before. But I bet you’ve never had Aburi-style sushi before. When most people think of sushi, they most likely think of raw fish on rice served with soy sauce. Aburi-style sushi, on the other hand, is lightly seared with a touch, topped with some other ingredients and paired with a French sauce. It really adds a new dimension to plain sushi.

Located inside the Guinness Tower at 1055 West Hastings Street, Miku is at the heart of the Financial District and caters to a high end clientele. The restaurant is awe inspiring with its 20 feet floor to ceiling windows. Miku means “beautiful skies” and the restaurant carries out that theme by integrating a giant glass waterfall and glass clouds that literally float from the ceiling. You can tell that Mr. Nakamura spared no expense when creating Miku. He even flew in his own chefs and head servers from Japan.

The instant you walk into Miku, you are literally greeted by the entire restaurant staff. Miku features an open kitchen and all the chefs will welcome you in Japanese as you walk by. First time diners are shocked by this experience because the greets are quite loud – it’s more of a broadcast that new diners are entering the restaurant. They do the same thing when you leave. The only other Japaneses restaurant I’ve been to that did this was Guu in Richmond’s Aberdeen Centre.

I had no doubt that the food at Miku would be great. If they could produce great Aburi-style sushi during a high pressure event like Taste BC, they would do an even better job at their home court. We sampled a range of Aburi sushi and Aburi Tufo. Sarah’s main course was the Sablefish Nitsuke made from Pacific Sablefish simmered in soy sauce stew, daikon, carrot and green bean. I had the American Kobe Beef with vinegar soy sauce, asparagus, carrot and mashed potato. From the first Aburi sushi dish to the ending Green Tea Tiramisu dessert, Miku was a fantastic dining experience. I highly recommend them for your next Valentine’s date. Or any other date for that matter. 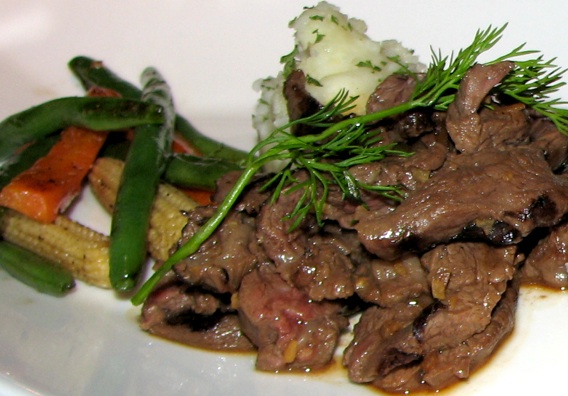 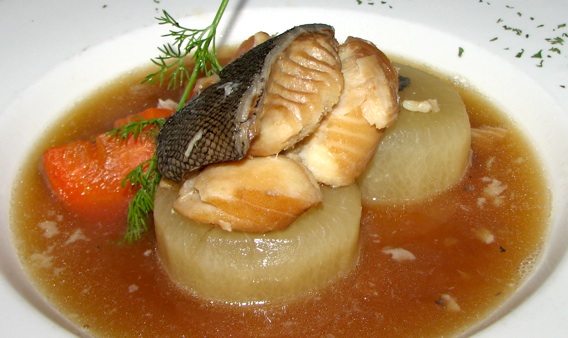 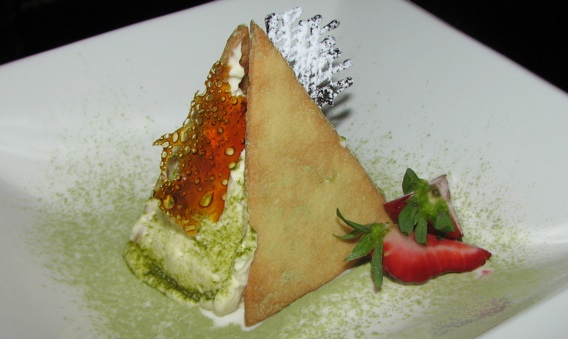