The app works flawlessly and instantly. The only downside I can see is if you’re a Twitter whore who make a ton of twits, you’ll be flooding the news feeds of your Facebook friends. Oh well, you know they can’t get enough of you. 😈 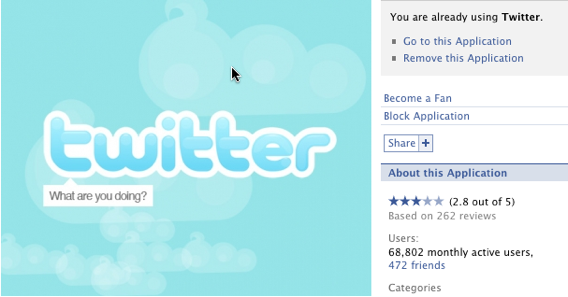