During the Vancouver 2010 Winter Olympics, we had a chance to head down to the Yaletown Cactus Club Cafe and sample the new Rob Feenie menu items plus enjoyed some of his old favorites. Chef Feenie is the Food Concept Architect at the Cactus Club Cafe, a chain of 20 restaurants with locations in British Columbia and Alberta. Chef Feenie is Canada’s Iron Chef, a title he earned when he defeated Masaharu Morimoto in Iron Chef America, Battle Crab. To this date, Chef Feenie has been the only Canadian chef to ever win against an Iron Chef.

The new Cactus Club menu contains three new signature dishes by Chef Feenie. Well, it’s actually two new dishes and one tweaked dish. In addition to the new items, the menu at Cactus Club Yaletown offered all the old RF signature dishes except for the BBQ Duck Clubhouse, which happens to be one of my favorite items (the Cactus Club in West Van has it). 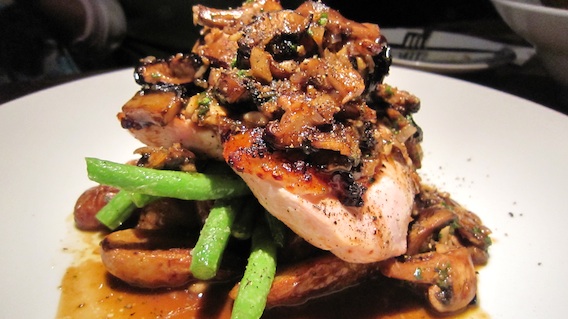 The first new RF dish is simply call Rob’s Hunter Chicken and features a fresh full breast of chicken that has been brined to a juicy perfection for twenty four hours in a mixture of sugar, salt and spices. The chicken is then bedded on crispy oven roasted fingerling potatoes tossed in lemon thyme vinaigrette, crunchy buttered green beans and a rich four mushroom veal demi glace sauce. Damn! It was good! 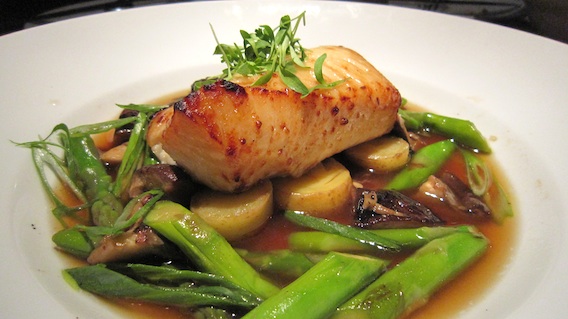 The second new RF dish was the Sake-soy Marinated Sablefish. This Japanese inspired sablefish dish is a light and healthy choice (which really appealed to Sarah). The sablefish is baked and served with buttery fingerling potatoes, shiitake mushrooms and steamed asparagus in a pure dashi broth. One of the best sabelfish dishes I’ve ever tried. 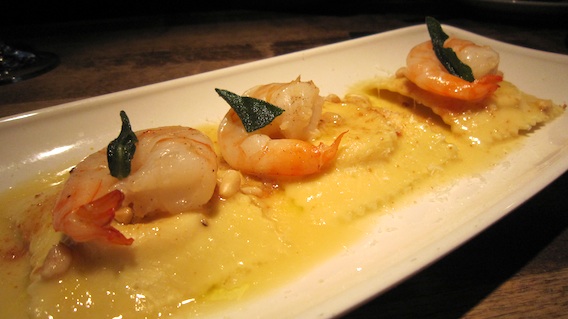 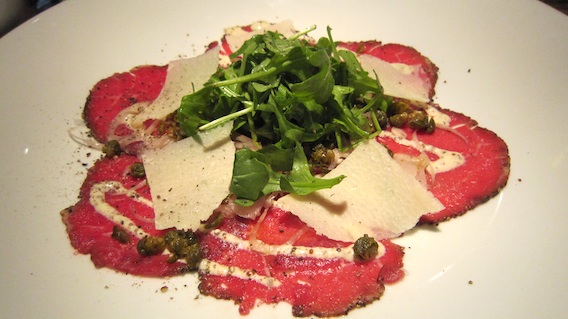 One of my all time favorite appetizer. Peppercorn-crusted tenderloin with grainy dijon aioli, pickled shallots, fried capers, parmesan and five-herb crostini. It just melts in your mouth. 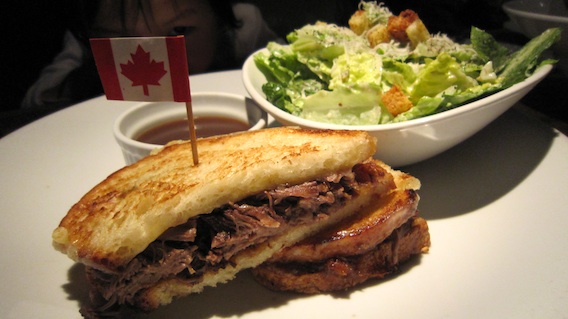 The short rib sandwich with caramelized onions, beef jus and emmental cheese on toasted sourdough. It’s real cool twist on the classic beef dip. It’s normally served with sea-salted fries but we subbed in the salad because if Sally Chow sees fries anywhere, she won’t eat anything else! 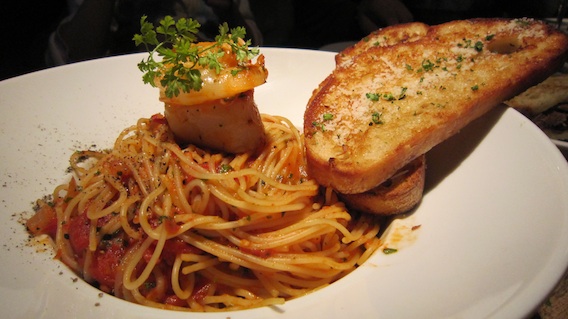 Prawn & Scallop Spaghetti, made with pan seared prawns and scallops, roasted tomato sauce, garlic and Parmesan crostini. This is one of the best pasta dish in Vancouver. 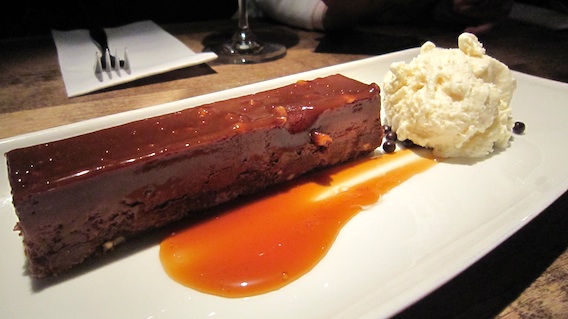 Rob showed off this dessert at Taste of Yaletown and it has become a best seller at Cactus Club. One bite and you’ll understand why. To this day Ed Lau still raves about it. The bar is made from smooth peanut butter and dark chocolate mousse top a crunchy chocolate base. Finished with caramel sauce, crunchy chocolate pearls and tahitian vanilla bean ice cream.