The Blue Angels At Seattle Seafair

Seafair is Seattle’s traditional summer festival. A month-long, region-wide barbecue, that brings an entire community together in celebration. For over 60 years Seafair has been about community events, parades, Miss Seafair, the Navy and Coast Guard, amateur athletics, airplanes and of course, boat racing.

While Seafair offers tons of different activities, the two main ones are the hydroplane race and the US Navy flight demonstration team, the Blue Angels. The Blue Angels represent the finest from the Navy and Marine Corps. Each member is hand-picked from the fleet to be part of the Blue Angels team. Every year, this select group begins a two or three-year rotation traveling across the country and around the world to perform at events like Seafair.

The Chief of Naval Air Training selects the “Boss,” the Blue Angels Commanding Officer. Boss must have at least 3,000 tactical jet flight-hours and have commanded a tactical jet squadron. The Commanding Officer flies the Number 1 jet. Navy and Marine Corps jet pilots with an aircraft carrier qualification and a minimum of 1,250 tactical jet flight-hours are eligible for positions flying jets Number 2 through 7. The Events Coordinator, Number 8, is a Naval Flight Officer or a Weapons Systems Officer who meets the same criteria as Numbers 2 through 7. The Marine Corps pilots flying the C-130T Hercules aircraft, affectionately known as “Fat Albert,” must be aircraft commander qualified with at least 1,200 flight hours. Blue Angels officers return to the fleet after their tours of duty.

The Blue Angels have flown over 10 different aircraft in the team’s 65 year history. Originally, the team flew four aircraft in the signature â€œDiamondâ€ formation and expanded to six aircraft to showcase both the diamond and solos high performance capability as well as the precision formation flying taught to all Naval Aviators. Today, the squadron flies the Boeing F/A-18 Hornet and the Lockheed Martin C-130 Hercules (Fat Albert). 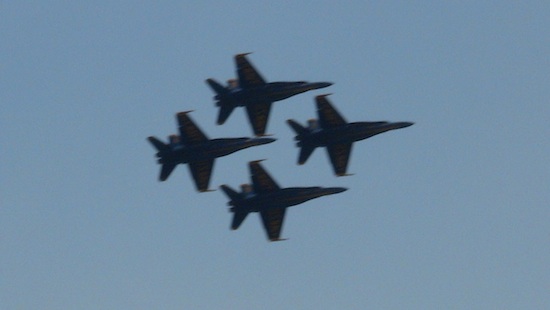 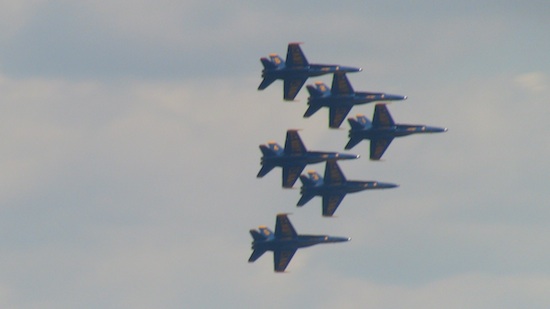 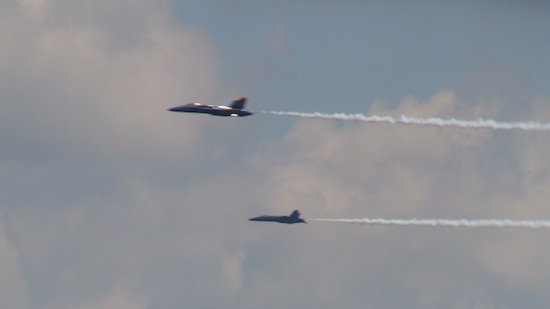 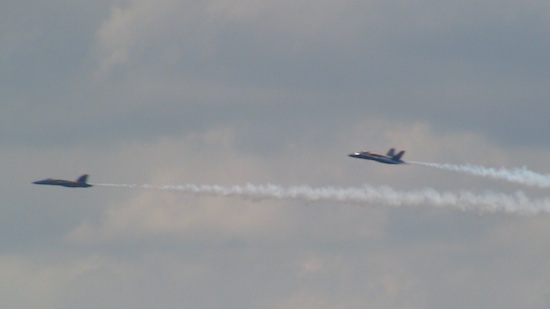 For Seafair, the Blue Angels performed over Lake Washington, between the I-90 bridge, which is closed to traffic during the performance. 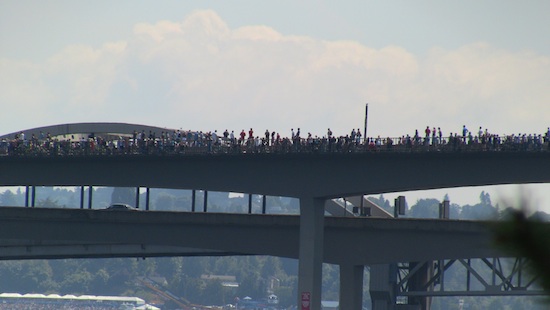