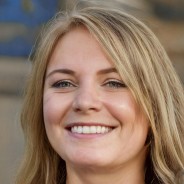 Supply Chain Issues Could Extend Into 2022

It appears the global supply chain issue isn’t going away anytime soon. With the labor shortage resulting in dozens if not hundreds of cargo ships stranded off the California and now Seattle coasts waiting to be unloaded and trucked away to hungry retailers and consumers, the U.S. government doesn’t seem to have any answers to the ongoing problem other than blaming the ongoing COVID-19 pandemic. But the good news is that the private shipping and import/export companies that depend on a fluid if not resilient supply chain, are becoming creative in their methods in effort to get it moving again. One of these methods is to partner up with a well respected and certified forwarder.

As previously referenced by All Forward, a professional forwarder, while container ships remain anchored off port, all you have to do is go online to “early find the best forwarder” that suits your business needs.

A good forwarder will give you the best shipping rates available—rates that are based on honest reviews from other professionals like you. Along with a global index of forwarding partners, a good forwarder will make your operation more efficient. In theory, this kind of direct action between supplier and shipper should help alleviate the supply crisis in the long run anyway.

But in the short run, trouble in the waters still abounds. According to a new report, as the global economy began to emerge from the pandemic lockdowns in mid-2020, the general feeling was that business would return to normal ASAP. It was believed that the global economy would snap back in what was then described as a “V-shaped recovery.”

But the V-shaped recovery never happened. Now, as the second Christmas holiday of the pandemic approaches, the world’s supply chain problem is, in a word, only getting worse. Rather than show an improvement with having had more than 18 months to recover, by many measures, the supply chain crisis is worse than it was a year ago.

While countries like Australia have managed to skirt the worst of the supply chain problem along with the energy crisis, others like the U.S. have been told to buy their holiday gifts early if they expect to see anything under the tree. They should also prepare for skyrocketing fuel costs now that the pipeline between the U.S. and Canada was plugged up with a single stroke of new U.S. President’s pen, making America once again dependent on OPEC and other foreign sources for its energy needs.

What began as just six ships lining up at the popular ports of Long Beach and Los Angeles quickly turned into 100 ships and then even more than that. The problem has turned into what’s been described as a “political minefield” while concerns stubbornly continue to be brought to the fore about the ongoing potential shortage of much needed goods along with an ongoing disruption to U.S. manufacturing supply chains.

It should be noted that Los Angeles and Long Beach account for more than 30 percent of all of the U.S.’s seaborne trade which makes it truly critical to the financial and economic health of the country.

But the experts acknowledge that it’s not only “strained maritime logistics” and a truck driver shortage that’s being crushed under the massive amount of stuck imports. Insufficient warehouse space along with no truckers means the U.S. logistics are struggling to keep up with the massive inflow of goods. And the U.S. is said not to be alone in this regard.

Many of the world’s nations are also facing their own supply chain issues. For instance, in Japan auto makers have had no choice but to cut production due to a computer chip shortage the likes of which have never been realized before. But this demonstrates how even the smallest of components can bring even the most efficient businesses to their knees.

Meanwhile, in the UK, two-thirds of the businesses which were recently surveyed by the Confederation of British Industry (CBI) were told that component shortages would continue for at least the next three months and have a negative impact on production well into 2022. This is said to represent “the highest proportion of business warning” regarding supply chain problems since 1975 when Britain faced countrywide strikes and worker walkouts.

Over in China, the shortage of coal has already slowed their economy. Now a significant shortage of diesel fuel is causing generators to cease and as a result, rolling blackouts are affecting the entire country along with skyrocketing power costs.