Riding In The 2010 Olympic Torch Relay 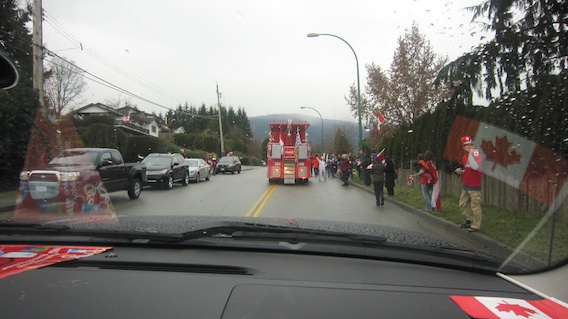 Have you ever wondered what it’s like to put on an Olympic Torch Relay? I got a taste of it today by taking a ride with the official vehicle sponsor of the 2010 Olympic games, General Motors.

The Olympic flame has been making its way across Canada to Vancouver in time for this Friday’s opening ceremonies. When it reaches BC Place this Friday, the flame will have been on the road for 106 days, traveling 45,000KM and carried by 12,000 flame bearers. Supporting this endeavor takes 110 vehicles. Sixteen of them are used in the parade route. The rest are support vehicles to make sure the flame keep moving forward no matter what.

Myself and Lorraine Murphy had the privilege of riding along during the North Shore leg of the torch relay. I have to say it was a pretty amazing experience. The city is extremely excited about hosting the Olympics and residents of the North Shore came out in force to see the flame. Thanks to Sam Macmillan at 6S and Michael Allison at the Wilcox Group for setting up the ride along for us.

The following video and photos doesn’t really capture the energy and enthusiasm of the crowd. You had to be there to truly experience it. I am really looking forward to the opening ceremonies this Friday. See you there! 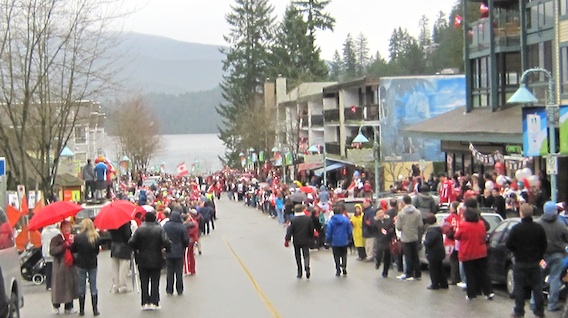 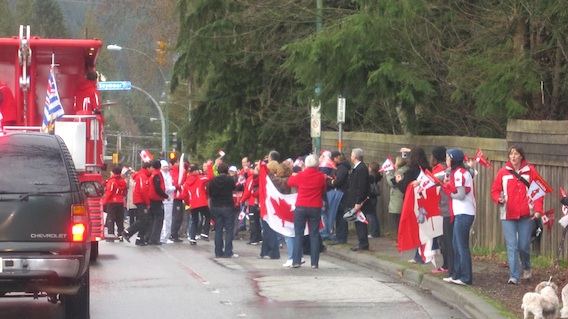 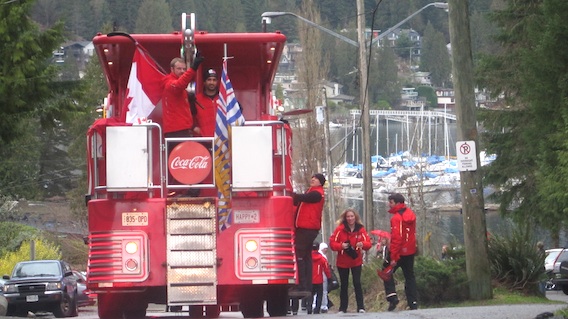 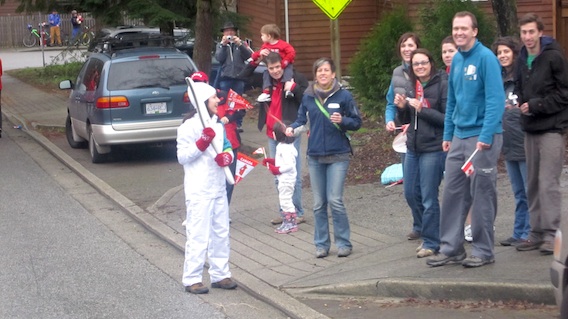 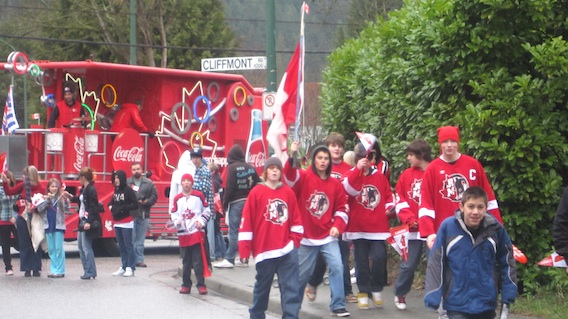 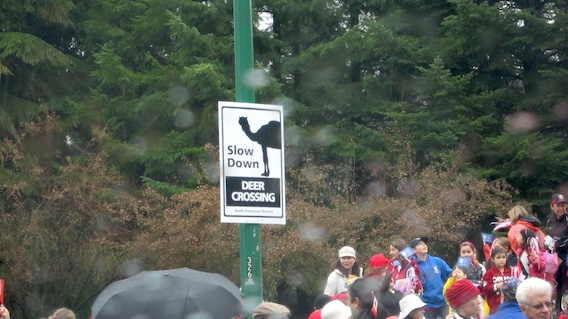 Either North Vancouver has the strangest deers in the world or someone at city hall can’t draw!