I took Sally for lunch at Olive + Gourmando in Old Montreal. The place was recommended to me by Geeks Are Sexy (we really are!), a Montreal based technology blog. We actually tried to go there on Monday, but they were closed for Labour Day.

Olive + Gourmando started out as a bakery by Dyan Solomon and Ã‰ric Girard at a time when Old MontrÃ©al was renowned for its many â€˜space for rentâ€ signs and endless tourist traps. A few years later, they added chairs and turned the place into a full-blown restaurant serving some of the best cold sandwiches and hot panini in Montreal.

We got there shortly after 12 noon and the place was packed, with a line up out the door. I was told it was like this all the time. The menu is written on three blackboards along the wall. I had a little trouble reading it because it was all written in French. You would think O+G must know that they do get English only customers, but I guess they don’t care.

The menu at Olive & Gourmando is very simple. They have three cold sandwiches, and three hot panini sandwhiches, plus one soup of the day. The most extensive items are their baked goodies but most people order those as take out.

I went with the Gustavo panini, which was made with garlic grain-fed chicken, grilled red onions, balsamic marinated protobello mushroom, havarti cheese, and maple dijonnaise sauce. The ingredients were put between house-made bread and then a hot panini press fired it up to a nice golden brown. The final result was the best panini I’ve ever had. The thing was awesome! I can see why the place is so popular. Olive & Gourmando prepared a simple toast with cheese for Sally. She really enjoyed it.

If you wish to try Olive & Gourmando, then try to get there before noon to avoid the line up. Those who hate line ups can order take out, but you’ll still have to line up to order. 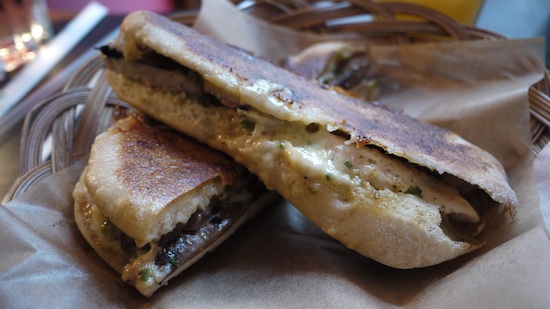 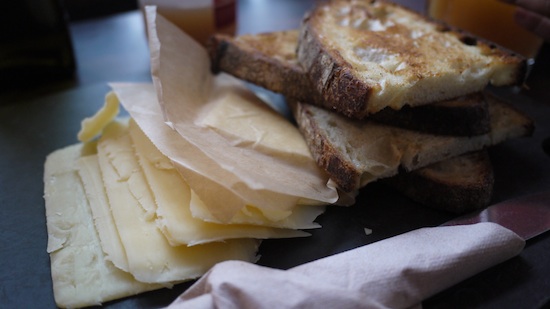 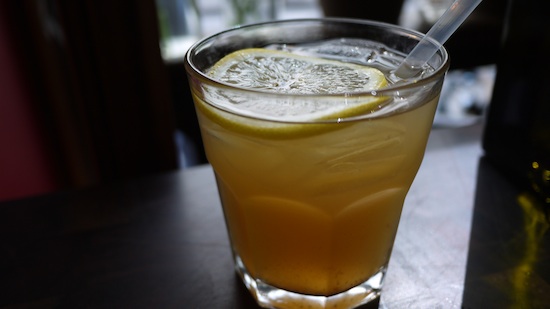 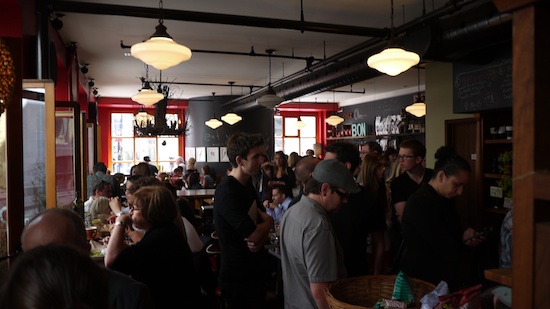