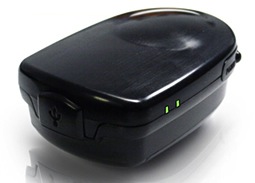 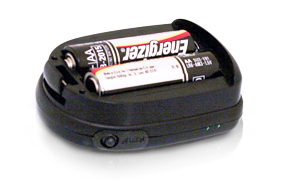 I’ve done many reviews of tech gadgets in my time but I have to tell you, the GPS Tracking Key Pro by LandAirSea is definitely the most evil device to date. The GPS Tracking Key Pro is a passive GPS tracker. You place it somewhere in the car (preferably hidden) and it will record the vehicle’s travel history. This is prefect for the jealous wife who thinks her husband is having an affair. With the GPS Tracking Key Pro, she’ll be able to see if he really came home after the meeting or made an unscheduled stop along the way.

While busting cheating husbands maybe one use of the GPS Tracking Key Pro, companies with a vehicle fleet may find a better use for the tracking device. Chances are, if the employees knew there was a GPS tracker in the car, they won’t be so quick to use the company car for personal business or drive 113.7mph down the interstate. 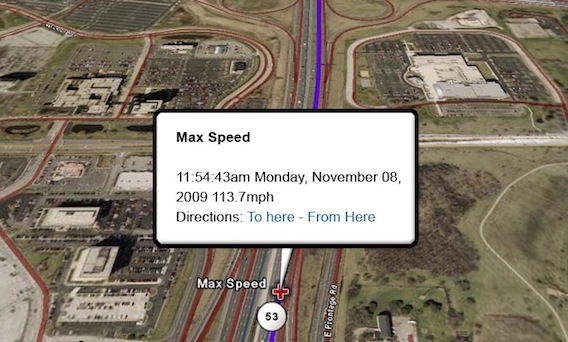 The GPS Tracking Key Pro is barely bigger than the two AA batteries that powers it. The device can operate up to 80 hours on a battery cycle, depending on daily drive time and battery type. It can also be connected to the vehicle’s main power supply. The unit comes equipped with a motion detector which will put the tracker to sleep mode after two minutes of non-movement. The tracker records every second, within 2.5 meters’ accuracy:

Personally, I don’t have much use for GPS Tracking Key Pro other than hiding it in Ed Lau’s car to see what seedy places he goes to on a Friday night. However, I can see myself asking LandAirSea for their Victoria GPS Tracking System. Unlike the GPS Tracking Key Pro, which is a passive tracker, the Victoria is an active real-time tracker. If I was at a big event or hiking in the woods, I can put the Victoria in one of Sally’s pockets and then I won’t have to worry about losing sight of her. Should something happen, the tracker can tell me where she is within 2.5 meters in real-time.

At $399, the Victoria isn’t cheap but for the piece of mind it can bring a parent, it maybe worth it. If you’re a jealous wife who just wants to spy on your husband and don’t need real-time tracking, the $269 GPS Tracking Key Pro maybe all you need. Who knows, you might even bust him for murder!

Back in July, George Ford was arrested in Chenango County for the death of a 12-year-old girl. Ford was charged with reckless endangerment. However, authorities discovered there was a global positioning system in his car. The device is called a tracking key. Ford’s wife put it in his truck, because she suspected he was having an affair. Based on the information taken from the tracking key, Ford was charged with murder.