My Take On The iPad – It Rocks! 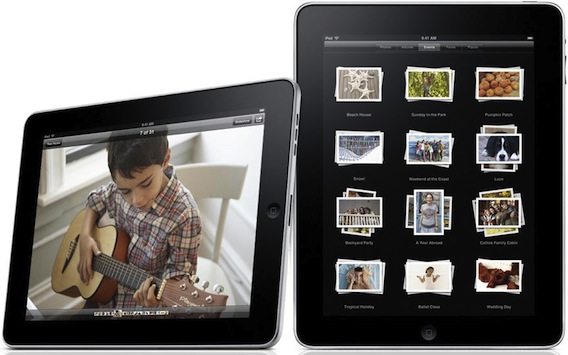 Yesterday, Apple CEO Steve Jobs showed the world the iPad. During the presentation, I had a good time making fun of the new device with the interesting name. I tweeted that in Q4, Apple will introduced a big screen version call the MaxiPad plus a small screen version call the iPad with Wings. The jabs at the iPad were so hot that iTampon became the number two trending topic on Twitter.

There were a bunch of features missing from the iPad that many people were hoping for, like a camera, SD card reader, USB, etc. Judging by the Twitter streams and many blog posts I’ve read, most are calling the new device a failure. However, I believe the iPad rocks and is going to be a massive win for Apple.

It’s Not Meant To Replace An iPhone Or A Macbook

The iPad is not an iPhone or a Macbook. Stop thinking of it as such. It’s a brand new category. Had Apple put features like card readers, USB, cameras, etc., the only thing they’ll be doing is cannibalizing their laptop sales. That’s what netbooks did to laptops and it’s the reason why 90% of laptops sold for $1,000 or more are Apple Macbooks. No, Steve Jobs is not dumb enough to make the same mistake PCs did with the Netbook.

Amazon Should Be Worried

With a starting price of $499, the iPad is only $10 more than a Kindle DX. Anyone in the market for an eBook reader is going to think seriously about the iPad. For $10 more, you can get a device that can do so much more than read books. Who wouldn’t go for that?

While E-ink is a great way to display written pages it has limitations. The contrast is still too low and it’s only black and white. While the iPad’s LED screen may cause eye strain sooner it has the ability display materials that e-ink doesn’t perform well at, like comic books, children books and text books.

The Kindle is designed for linear reading. It doesn’t work well for non linear materials like text books or the bible, where you’re scanning through chapters or verses. I have the NIV Bible on both my Kindle and my iPhone and the iPhone verison works way better. The Kindle navigation is extremely cumbersome. I can navigate to a verse in less than five seconds on my iPhone compare to 30 seconds for the Kindle.

The main advantage the Kindle has right now is the size of Amazon’s library. However, giving the marketing power of Apple, I suspect the iBookstore is going to get huge really quick. Don’t be surprised if you see Amazon announce a price reduction on the Kindle in 60 days.

Had the iPad been priced at $999 as some speculated, the iPad would have been a massive failure. However, at $499 this thing is a game changer. People would buy it just for the novelty factor alone (I know Ed Lau would). At this price, Apple is going to sell millions of these things and it’s going to create a whole new revenue channel for them not just in iPad sales, but book sales as well. The iPad could do for books what the iPod did for music.

I can’t wait to get my hands on one.