Making Money From The Apple Store

I had to take my wife to a doctor’s appointment today and decided to hit up the Apple Store in Oakridge Centre since it’s just across the street from the doctor’s office. I generally enjoy going to an Apple Store. It alway amazes me that Apple would need such a big store to sell such a small line of products. The formula seems to work however. Apple stores are the most profitable stores in the world, with average sales per square foot of $4,500. The flagship store in New York does almost $1 million a day.

The best thing I like about the Apple Store is you’re free to stay and fool around with the Macs, iPhones and iPods for as long as you want. They even have nice “One to One” tables where you can sit your butt down in front of a Macbook Pro and work away, which is exactly what I did.

During my hour at the Apple Store, I tweeted on Twitter, check my Gmail, chatted on Instant Messenger, changed all the Mac homepages to John Chow dot Com, added my RSS to all the Safari browsers, sent out 46,000 emails and made $1,500. And then it hit me. This truly is the Dot Com Lifestyle. As long as I have access to a computer and the Internet, I really can make money from anywhere in the world. 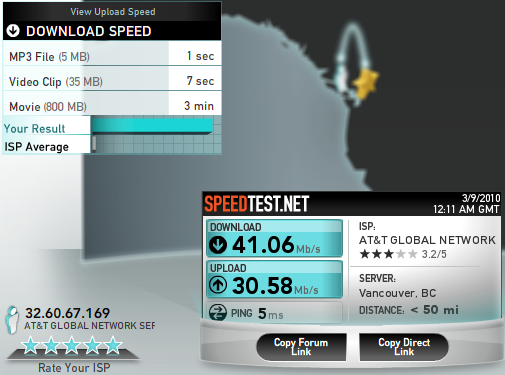 Another bonus of running your business from the Apple Store is you get to make fun of all the “geniuses” at the Genius Bar. Don’t ask them what the stock symbol for Apple is. They don’t know.

*In case Apple is reading this. I did not used your Macs or store network to send out 46,000 emails. I just used your Mac to connect to my Aweber account. Please don’t ban me from the stores!