Lunch At Red 8 Asian Bistro with My Sugar Momma

During the recent Affiliate Summit West in Las Vegas, I got a chance to have lunch with Eleanor Chin. She’s the sugar momma who paid $1,025 to have lunch with me and six other ASW rockstars. The money went to support Affiliate Marketers Give Back, 2011 Avon Walk for Breast Cancer, also known as “Save The Boobies.”

Lunch was at Red 8 inside the Wynn Hotel. However, the restaurant seemed to have lost our reservation when we got there and there was a huge hour-long line up (it was lunch time after all). The restaurant apologized but said there were no tables available right away. That’s when Missy Ward decided to get medieval on their asses. In not so many words, she told Red 8 that this lunch was for charity, that she’s holding a convention at the hotel, that she has 5,000 people here and she wanted a table NOW! Within a few minutes, a table magically became available. If you want first class treatment no matter where you go, roll with Missy!

Seated around Missy and Eleanor were Shawn Collins, Rae â€œSugarraeâ€ Hoffman Dolan, Brian Littleton, Chris Pearson and me. Shoemoney wasn’t able to make it because he was preparing for his Link Control launch. He will make it up to Eleanor at a later date.

Red 8 Asian Bistro is about as authentic as Las Vegas, which is to say, not very. It can’t seem to decide what type of Asian restaurant it is. The menu is a missmash of cuisine from Chinese, Japanese, Thai, Malay and every other Asian country you can dream up. I ordered the beef brisket noodle soup, which was prepared Hong Kong style. It was OK but I could get a much better one at any Chinese restaurant in Vancouver for a third of the price. Red 8 is the first restaurant I’ve been to where I can order a Hong Kong style dish with a miso soup. Shawn decided to be adventurous and ordered the ox tail soup. I’m not sure what Asian country that was from.

The lunch happened on Missy’s birthday. Red 8 was nice enough to give Missy a birthday ice cream with one candle on it. Overall, everyone had a good time and we shared our tips and tricks on how to run an Internet business with Eleanor. I hope she got her $1,025 worth. 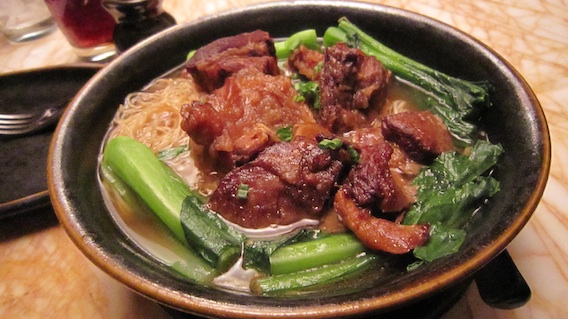 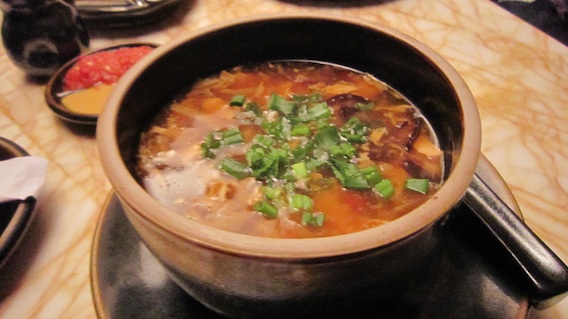 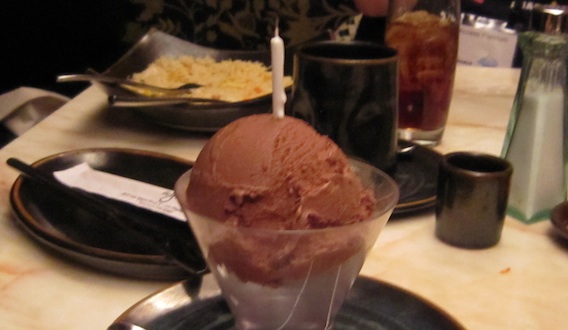 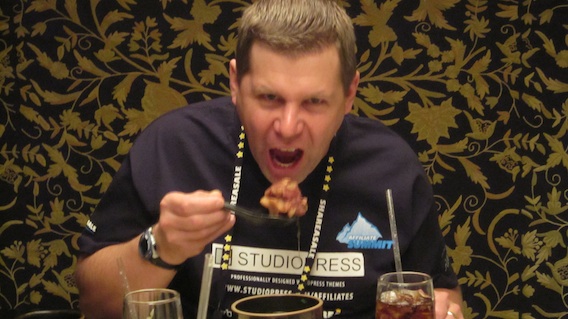 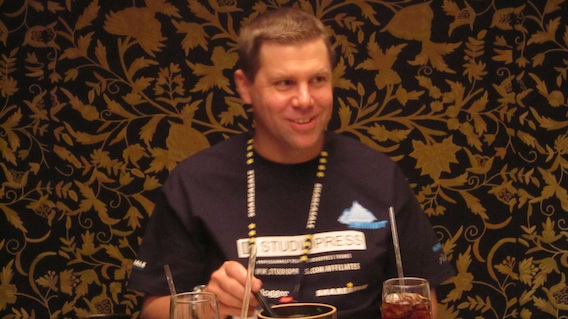 And lived to tell about it. 😛