Motomachi Shokudo is a ramen restaurant located on Denman street, just one block from the famous Kintaro Tonkotsu Ramen House. It turns out that the owner of Kintaro also owns Motomachi. However, the two stores are not clones of each other. Where as Kintaro serves traditional ramen like you get in Japan, the ramen at Motomachi is more new age and aimed at health aware diners.

In terms of popularity, Kintaro is the busier place as there is always a line up. I guess when it comes to ramen, healthy eating isn’t as big a deal. The main difference between Motomachi and Kintaro is the soup base. Where Kintaro can make your soup with enough fat to make your stomach shut down, the soup base at Motomachi is very light with hardly any fat in it. The pork at Motomachi is leaner than Kintaro and the eggs and chicken are organic.

Motomachi is a very small restaurant. There is enough seating for only 20 people – 4 at the bar, 6 at three small tables along the wall and window and 10 at a common area table. Don’t expect any privacy and be prepared to move as the wait staff can shuffle diners around to best accommodate everyone. 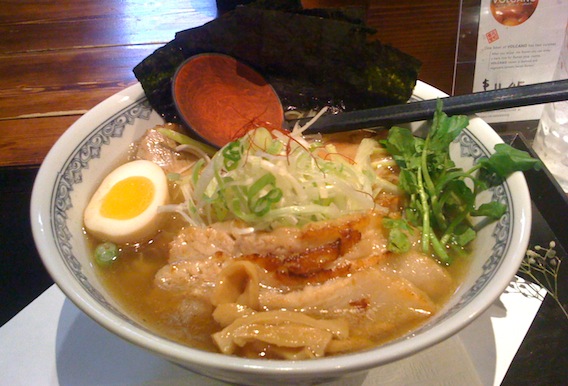 I ordered the extra pork ramen with a pork based soup with natural sea salt. The dish contain the best tasting organic egg that I’ve ever consumed. The yolk was simply amazing. Overall, I found the dish very tasty and extremely refreshing. 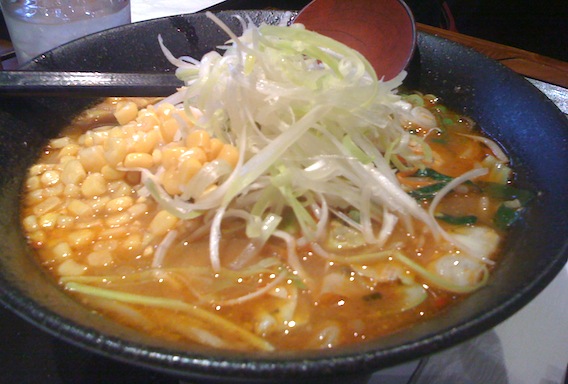 Sarah ordered the spicy miso ramen with organic chicken. She enjoyed it a lot and found the spiciness at just the right level – not so hot that you can’t taste the miso anymore but not so mild that there was no more kick.

As for which restaurant is better, it really depends on your taste. If you want to taste true ramen like you get in Japan, then Kintero is your choice. However, if you’re more of a health nut, then you’ll want to try Motomachi. Either way, you can’t go wrong as both restaurants make some amazingly good ramen.