With Google’s decision to no longer censor search results at Google China, I thought it’ll be interesting to show how big of a difference a result can be between Google.com and Google.cn. While many are praising Google for standing up for free speech and stuff, my feeling is this is more of business decision than a moral one.

Unlike in the rest of the world, Google is not the number one search engine in China. They place a distant second behind Baidu. While Google China operations did generate $600 million in revenue, Google’s cost of doing business in China could be just as high if not higher. Google stated that losing the China market wouldn’t make a dent in their profit margin. My take on this – Google had no way of beating Baidu in China and decided to get out with some goodwill marketing back home by playing the anti-censorship card. It seem to have work too judging by all the “Good job Google!” posts all over the Web.

So just how different are the search results between Google.com and Google.cn? Below is the imagine results I got from Google.com for the term “tiananmen.” 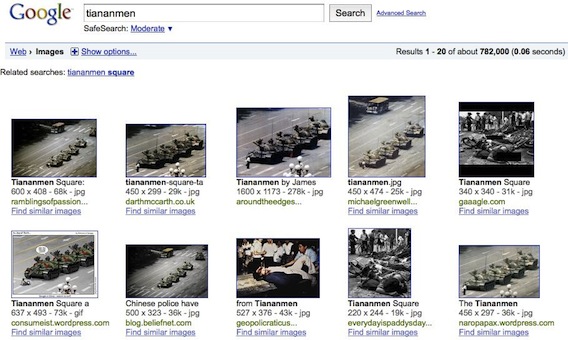 And this is the results I got for the same term on Google.cn. 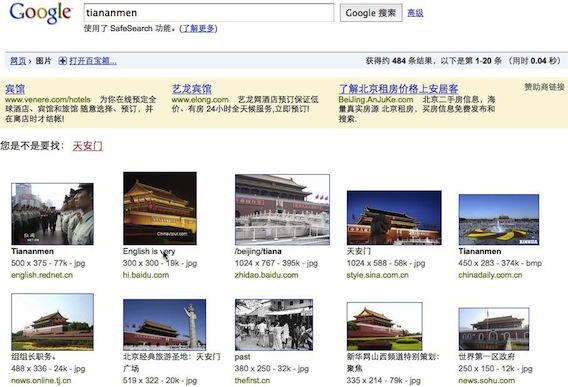 You have until the end of this month to enjoy the old Google.cn. Next month, you’ll see results similar to Google.com. And you’ll probably see Google being escorted out of China under armed guards.