For Sale: Daniel Graystone’s Caprica House – Yours For Only $12 Million

If you’re a fan of the reimagined Battlestar Galactica series, then no doubt you’ve watched the new Capria series. Caprica takes place 50 years before the events of Battlestar Galactica and centers around two families, the Adamas and the Graystones. The Adamas are average everyday folks (for the most part). The Graystones are a super rich family who happen to live in a super swanky house. Well, it seems that Daniel Graystone has fallen on hard times and must sell his waterfront estate. And it can be yours for only $11,980,000!

Like Battlestar Galactica, Caprica is filmed in Vancouver. For the pilot episode, the producers went to West Vancouver, home to some of the most expensive real estate in Canada (and where I live), to find a house that would be worthy of Caprica’s richest citizen. They found it at 6955 Isleview Place.

The house was only used for the pilot episode. After the network picked up the series, the show reproduced most of the house on a studio set. From the outside, the Graystone house in Caprica is a lot bigger than the actual house in West Vancouver. The producers CGI in a tennis court plus Graystone’s lab and CGI out the rest of the neighborhood to make the house look like it was sitting on 20 acres.

I should note that this house has been for sale long before it appeared on Caprica. It’s a hard house to sell because it doesn’t really appeal to the people who can actually afford houses in this price range. Most super rich are married with family. A house that has windows for bedroom walls and a glass bottom walkway isn’t very family friendly. However, if your name is Bruce Wayne or Tony Stark, that’s another story.

If you’re a single billionaire or multimillionaire looking for the ultimate Caprica party pad, this house is for you! Give Jason Soprovich a call and tell him I sent you. I wonder what the commission on a $12 million house is? 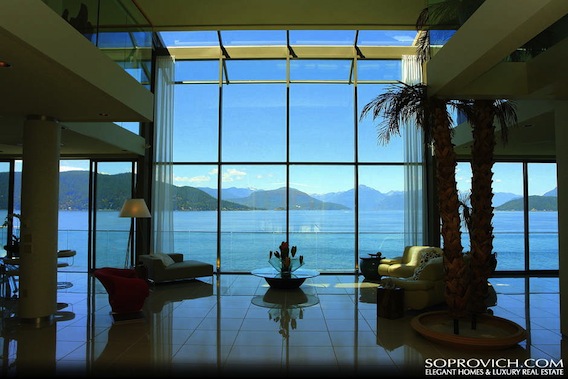 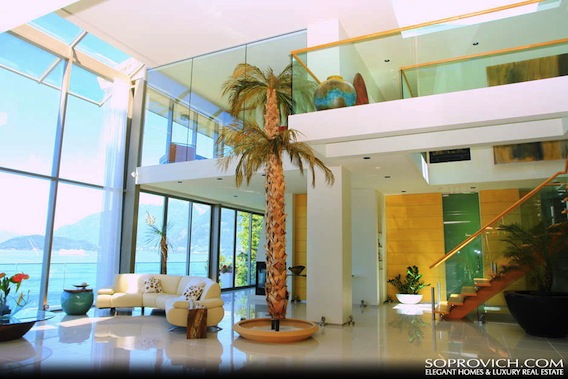 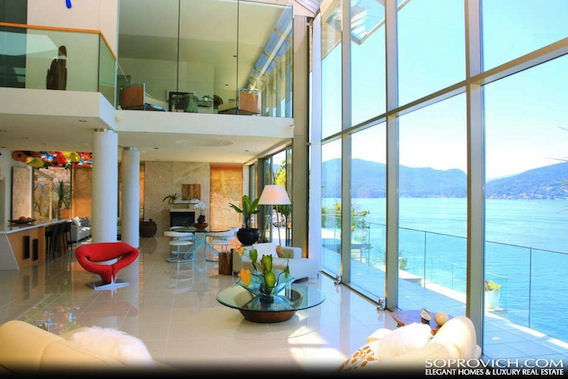 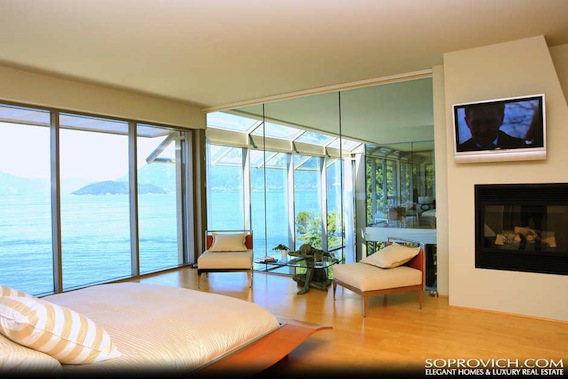 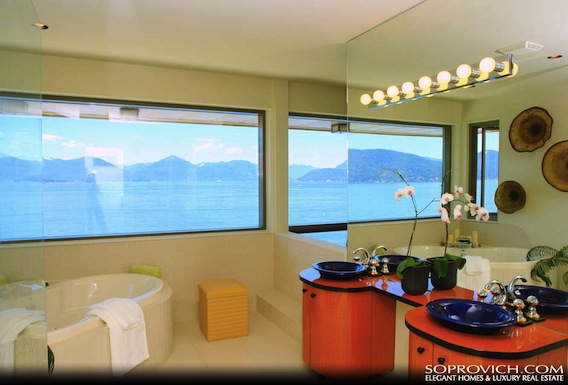 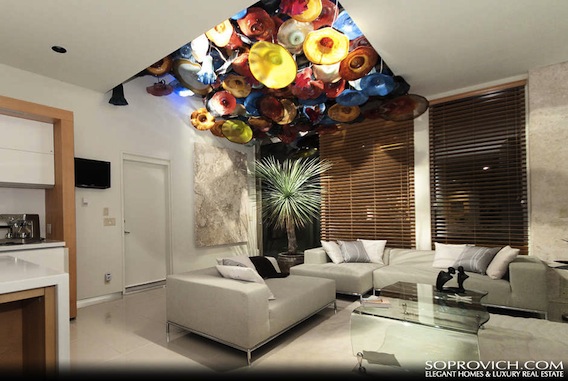 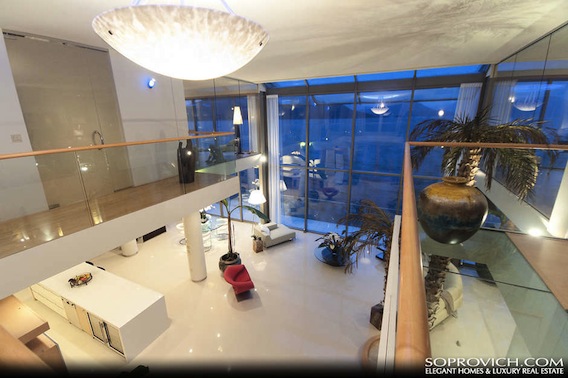 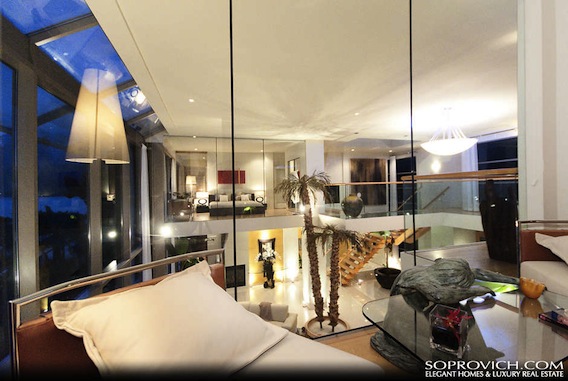 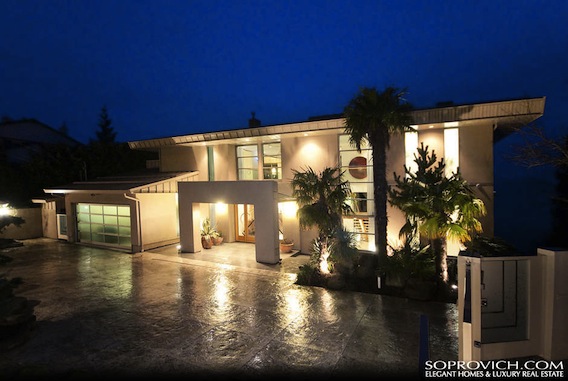