Flash Mob Hits The Olympics With Dancing On Robson Street

After the riot in the streets of downtown Vancouver yesterday, it was nice to see a new type of mob hit the Olympics. imagine1day got 1,500 people together to perform an epic rendition of Dancing In The Street. Now this is more of what the Olympic Games are all about. Imagine walking along Granville and then suddenly 1,500 people all around you just starting dancing! Well, it happened today and I’m sure this won’t the last flash mob we’ll be seeing during the games.

If you live in Vancouver and haven’t checked out the sites and sounds yet, come on out! The city is on fire with excitement right now and it’s one big party. There are tons of stuff to see and do (as long as you don’t mind multi-hour long line ups). People on the street are extremely friendly (those rioters were from out of town) and easy to talk to.

The Olympic View From My House

It’s pretty hard for me to not be in an Olympic mood. I just have to look out my window to see the Olympic torch and rings. Had a great view of the opening fireworks too! 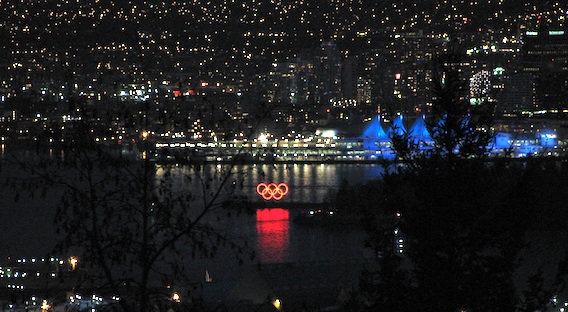 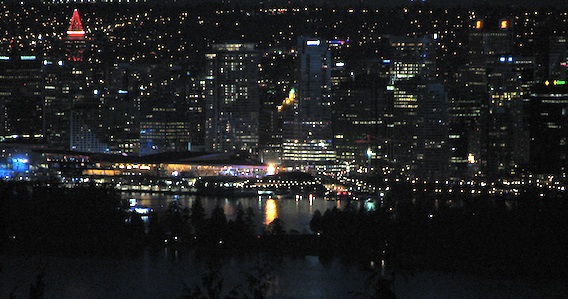