Just because I’m at BlogWorld LA doesn’t mean there’s no Dot Com Pho. In fact, it’s a lot easier to set up a Pho meetup at a major trade show since there’s no shortage of people who want to attend. Another advantage of doing a Dot Com Pho during BlogWorld is you can generally find someone else to pay for it. In this case, Inmotion Hosting stepped up and comped the entire cost of food and drinks at the Yard House.

The Yard House, located at the LA Live Entertainment Complex, is an upscale-casual eatery known for great food, classic rock music and 160 tap handles of domestic, imported and craft beer. Whether you’re in the mood for a grilled burger and a pint of your favorite beer, or seared ahi and a chilled martini, Yard House has something for everyone. Yard House is the perfect place to unwind and take a break from the madness of BlogWorld. The best time to go is during Happy Hour, where you can get a yard long beer for only $7.00.

We had a full table of nine making it out for the Happy Hour Pho. It turned out to be the longest Dot Com Pho in history. By the time it was over, the sun had gone down, and it was 7PM. Time flies when you’re drinking yard long beer! 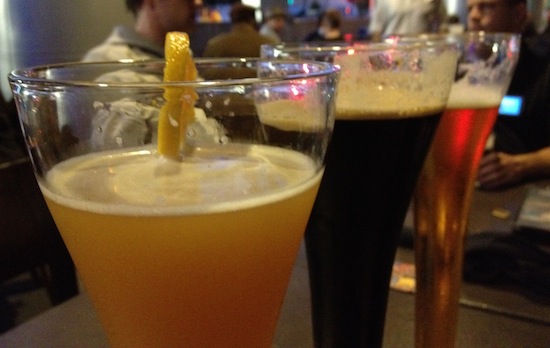 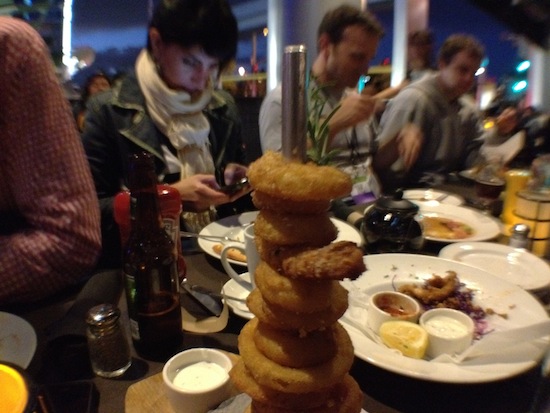 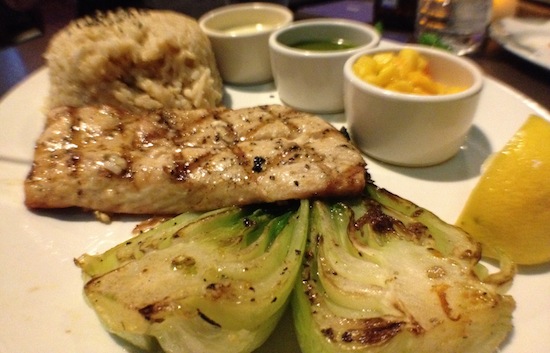 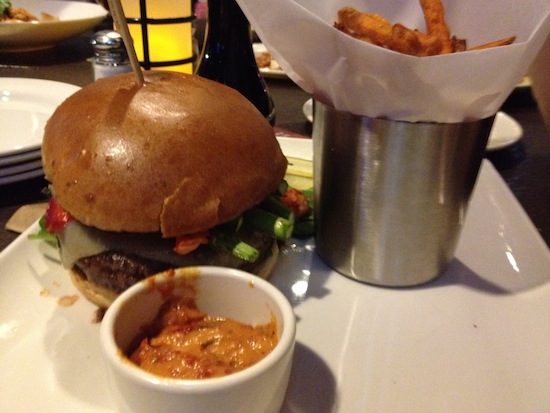 Yes, it’s called Dot Com Pho, but it’s not all pho. This week, the crew enjoy some Japanese ramen and sushi while talking about finances. Michael also shows off a nifty pico pocket projector as the gadget of the week.