Over the past year, Miku has became one of my favorite Japanese restaurants to dine at. Now that I live in West Vancouver, Miku is only a short hop across the Loin’s Gate Bridge so the restaurant is slowly becoming one of my regular hangouts. However, I don’t recommend hanging out there everyday unless you enjoy spending $130 for lunch all the time.

Miku is the first North American restaurant of the Tora Corporation. Founded by Seigo Nakamura, Tora operates seven successful restaurants in Japan and has built up quite an enviable reputation. When it came time to invade the West, Vancouver was their city of choice. And you can’t really blame them. Vancouver has a large Asian population and is ranked the best city in the world to live. Plans are in the works to open restaurants in New York and Los Angeles. But for now, the only way to experience Miku’s famous Aburi-style sushi in America is to come to Vancouver.

No doubt, you’ve had sushi before. But I bet you’ve never had Aburi-style sushi before. When most people think of sushi, they most likely think of raw fish on rice served with soy sauce. Aburi-style sushi, on the other hand, is lightly seared with a touch, topped with some other ingredients and paired with a French sauce. It really adds a new dimension to plain sushi.

Located inside the Guinness Tower at 1055 West Hastings Street, Miku is at the heart of the Financial District and caters to a high end clientele. The restaurant is awe inspiring with its 20 feet floor to ceiling windows. Miku means â€œbeautiful skiesâ€ and the restaurant carries out that theme by integrating a giant glass waterfall and glass clouds that literally float from the ceiling. You can tell that Mr. Nakamura spared no expense when creating Miku. He even flew in his own chefs and head servers from Japan.

The Miku lunch menu is every bit as impressive as their dinner menu. For people living the Dot Com Lifestyle, It’s a great place to chill for a three hour lunch and watch all the suites hurry their lunch so they can get back to work on time. Sally loved their Miso Ramen Noodle and their Aburi Salmon with Garlic Butter Soy Sauce was the best salmon dish I’ve ever tasted. Everything else was simple amazing. 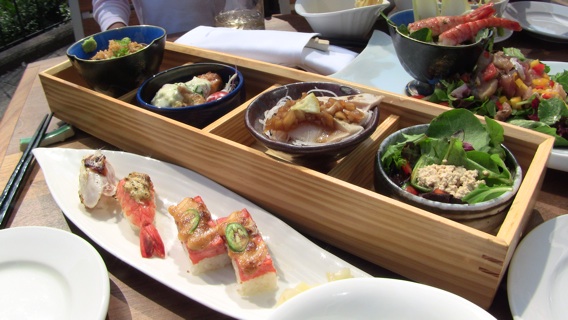 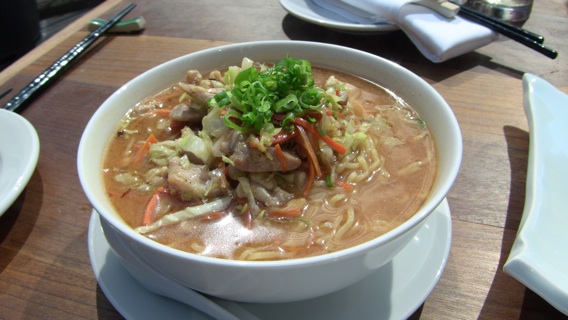 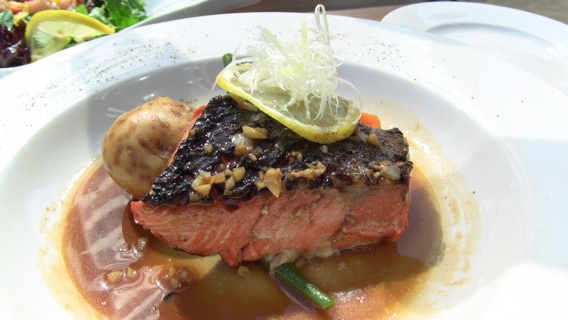 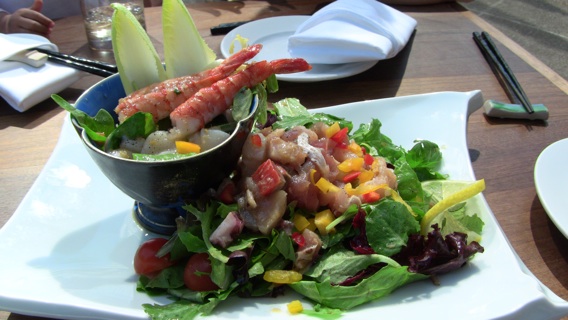 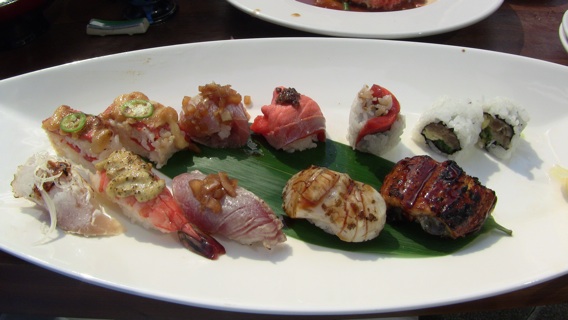