Many readers who follow me on Twitter will know that I recently moved from Richmond to West Vancouver. It’s been an interesting change because West Van is nothing like Richmond. We live in an area call Chartwell, high up on the hill with an amazing view of the Lion’s Gate Bridge, Stanley Park and downtown Vancouver.

Sarah and I have been spending the past week exploring the area (pretty easy to do when you live The Dot Com Lifestyle) and one of the things that grabbed our attention was crab fishing on the pier of Ambleside Park. I’ve never tried crabbing before but I figured it’ll be a great way to spend some time doing nothing. That’s what crab fishing really is after all – you think you’re doing something when 95% of the time, all you’re doing is nothing. And if you want to do nothing, crabbing is a pretty good way to do it. A bonus is Ambleside is a really nice waterfront park and a great place to watch the cruise ships sail in and out.

I was the best equipped crabber on the entire pier with the fanciest crab trap. This wasn’t done by choice. When we went shopping for a trap at Canadian Tire, all the normal traps were sold out and the only thing left was a really expensive deluxe crab trapper with a rope twice as thick as a normal trap. Hopefully, it will last the entire year of my fishing license.

There wasn’t many people at the park because it was a Friday afternoon and most were working. That meant more crab for us! We caught a total of seven crabs with the super trapper but only two were big enough to keep. Oh well, at least I caught enough for dinner and Sally had a really great time. 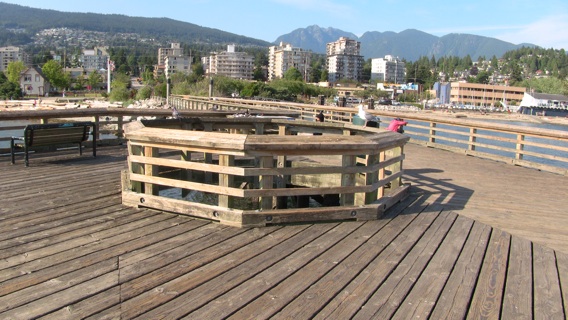 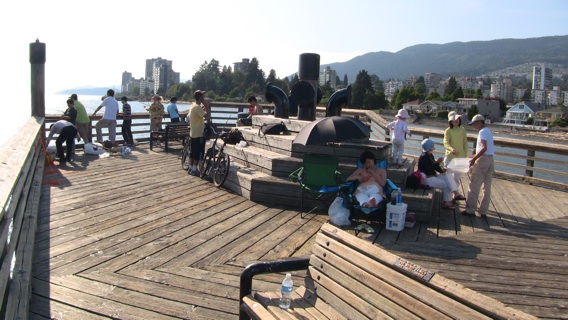 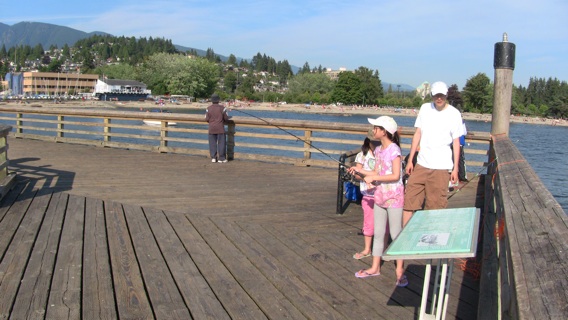 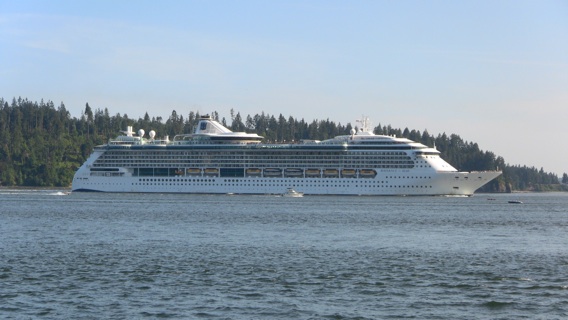