Checking Out The Pudong New Area 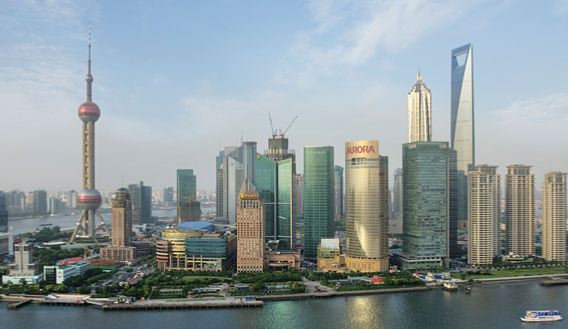 Nothing shows the rises of China greater than the Pudong New Area. What started out as a bunch of rice fields has turned into the heart of China’s financial center. Pudong is home to some of the tallest buildings in the world and has a skyline that rivals many of the world’s best cities. At night time, the place is lit up like a Christmas tree. The best way to enjoy the view is from the Bund across the river. When we dine at M on the Bund, I’ll be sure to take some photos of Pudong at night. It will blow you away.

The skyline of Pudong is constantly changing. The place is a like a giant work on progress with new buildings going up all the time. The current mega project is the Shanghai Tower, a 128 floor twisting torso that will become the tallest building in Asia when it’s completed in 2014.

Pudong caters to China’s upper middle and elite class. If you were to puck someone down in the middle of Pudong, he would never guess he is in China. There are just too many Ferraris and Porsches driving around (we even saw a Hummer!) and you will hardly see any bicycles or scooters.

I had plan to go up the Shanghai World Financial Center, which features the world’s tallest observation deck, but the sky was cloudy and visibility wasn’t that great. Instead, I went to the lobby of the Shanghai Grand Hyatt, which is located on the 54th floor of the Jin Mao Tower, to check out the view. 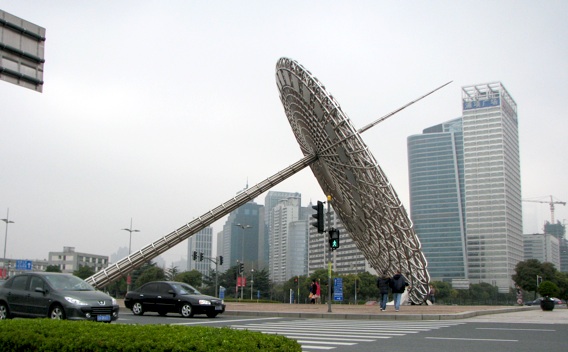 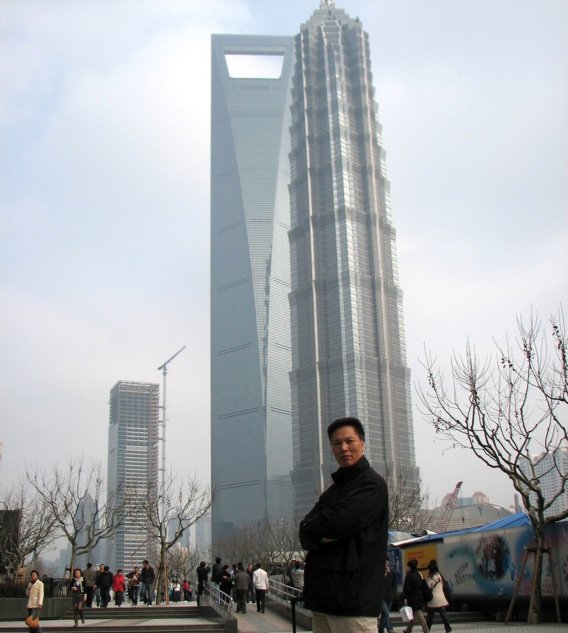