Wave House San Diego opened in summer 2005 at Belmont Park, on the Mission Beach boardwalk. The 40,000 square feet beach lifestyle venue is packed with restaurants, bars, live music stage, special event areas and the coolest wave machine in the world: the Bruticus Maximus. If you’re a surfer looking for the perfect wave, the Wave House has it. I only surf the Internet so I just kicked back in the Bar and Grill and heckled the surfers from afar while chomping down on nachos and drinking beer. It’s way more relaxing than trying the Bruticus Maximus, which will probably kill me.

Traditional wave machines, or wave pools, were often marketed as surf pools, but were not very rider-friendly because they were designed to get as many people in the water as possible. While splashing around and colliding in the dissipating wave energy that was created by pumps and plungers was an added thrill, none of these wave pools came remotely close to satisfying the needs of true wave riding enthusiasts. Then came flowboarding.

The basic technology behind flowboarding and â€œsheet wavesâ€ is the use of multiple, high-energy pumps to project a three inch layer of water over a surface that has been shaped to emulate an ocean wave. Essentially, this means that sheet waves are stationary waves with the movement derived from water flowing over this shaped surface. The water flows at between 20 and 30 miles per hour, with as much as 100,000 gallons of water a minute being propelled by the pumps.

The entry-level wave is the FlowRider and this wave offers riders of all levels, from beginner to expert, the perfect canvas to improve their riding. The FlowRider is a sheet wave that emulates an ocean swell giving riders the thrill of flowboarding without the intimidation of a barrel. Its large open face allows riders to throw tricks of all kinds from learning the basics to advanced moves.

The Wave House doesn’t offer a FlowRIder. Instead it gives California surfers the more challenging FlowBarrel. As the name suggests, the wave has a barrel along with a nice steep face, which resembles the type of hardcore wave surfers travel the world looking for. The FlowBarrel can break as big as 10 feet at 30mph but instead of coral, rocks and urchins lurking beneath the surface, sheet waves flow over a soft, flexible surface â€“ similar to a wrestling mat.

The Wave House is one of the many attractions at Mission Beach and is worth checking out when you’re in San Diego. However, I don’t plan on ever trying out the Bruticus Maximus. I’ll just enjoy heckling from afar. 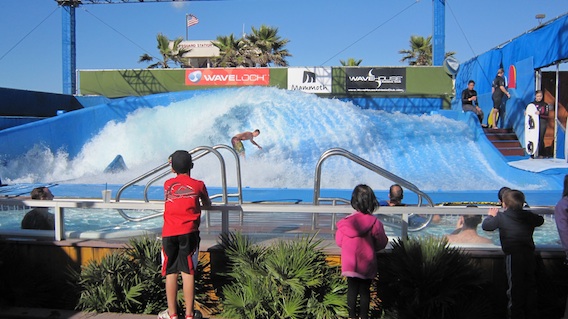 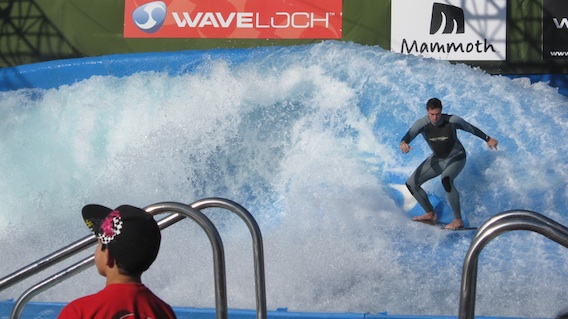 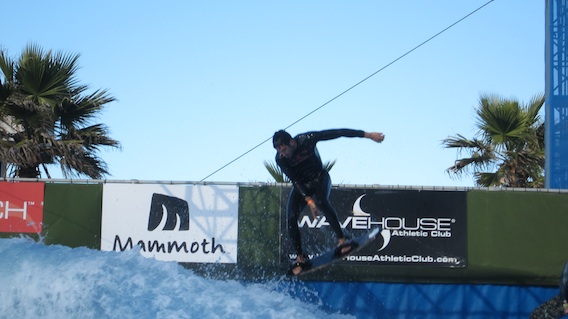