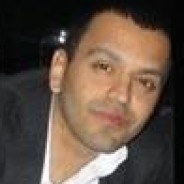 The Internet has allowed people to build companies quickly, however, success is measured by a completely different metric. Two years ago, I read something very interesting, that â€œTechnologyâ€ has taken over â€œInvestment Firmsâ€ for producing billionaires more quickly. What once took people 10-15 years to become billionaires has been decreased to 1-2 years and this can be seen by Instagram, which was bought out by Facebook for 1 billion dollars after one year. It’s amazing but start-ups are facing completely new challenges going forward, which I’ll be discussing below. It’s amazing how time is truly your worst enemy because several years back, these factors would NOT have been a problem. Now we’re in the golden age of technology, so it’s becoming much harder to find â€œtalentâ€ for our start-ups. There are several reasons why but the MOST popular is the influx in the number of businesses opening over a given period. Several years back, you’d have 1-2 per year, but now, you have anywhere from 10-15 announcing start-up plans, which means businesses outnumber talent. Start-ups are having problems finding the right people for the job because there simply aren’t enough people available.

Many start-ups get the right funding to hire some of the brightest people in the industry, however, this isn’t always the case. If start-ups fail to get the proper funding, then they might not be able to afford experienced talent, which will slow growth or set them up for failure. Here is something else that is surprising over the years…

Because technology has been associated with big ROI’s, much of the talent knows to ask for a higher than normal income. Technology is a proven money maker so why NOT make the most out of the boom, asking for a high salary when joining the company? This mentality has, again, made it difficult for start-ups to afford the right talent.

Above, we discussed funding for talent but another major problem is finding an investor altogether. You’re essentially fighting for funding with other technological start-ups and this is becoming a major problem. There are way more start-ups than investors so companies have become pickier where they choose to invest. When many of the successful companies started years back, they had more than enough investment companies willing to give them a chance. However, now, it’s the other way around, where you have more start-ups and pickier investment groups.

With a handful of start-ups each year, you have to compete against some of the MOST innovative companies in technology. This means you’ll have competition in your niche or maybe none, but it’s damn near difficult to attract attention with so many companies popping up. With competition comes an even greater likelihood of NOT succeeding so this is now becoming a major problem for start-ups. You’re essentially fighting for everything from…

Can you believe this is a major problem because you’d think if someone is involved in a new project, they would be happy to be part of something that can potentially change the world…right? However, with so many start-ups, I’m not surprised people are willing to jump ship quickly into something they feel is better. This is a major problem because start-ups already have a hard time finding people and investing time and money into updating them. However, with so many options available, it’s so easy for them to find something they can relate to better. Not to mention, if one start-up can pay you more because of funding they’ve received, it makes the offer more appealing.

In the end, you have competition that is pushing people to move to their company and loyalty no longer plays as an important role as before. This is still a problem for established companies, but imagine start-ups that don’t have resources like the big players.