While many readers knew that last night was the reception for the Best of 604 awards, most were not aware that there was also another party being held at a swank restaurant on Granville Island. Sarah and I were invited to attend both and it created some interesting and funny situations.

Like most financial firms, Industrial Alliance has no idea there’s a recession going on. Their party was held at the beautiful ocean front Dockside Restaurant on Granville Island, which offered a stunning view of False Creek and Vancouver at night. There were huge spreads of food, chefs doing live cooking, dessert tables and an open bar that served every drink known to man. By comparison, the Best of 604 reception was held at the Cellar, which had no view at all because it’s a cellar. I did found out later that they had some finger food and one free beer per attendee.

We decided to hit the Industrial Alliance party first, fill up on food and drinks, and then head across the bridge to accept my award for Best Personal Blog of Vancouver.

For those who are on the fence about Twitter, the following tweets may help to shed some light on its true powers. All who were following me on Twitter would have know what happen last night instead of waiting until now to find out. And most importantly, you were able to participate in the event. You want to build a relationship with you readers? Twitter is a great way to do it!

@JohnChowDotCom (John Chow) says:
At a party for financial planners. Free food and open bar. Must resist the temptation! http://twitpic.com/s1wl

@JohnChowDotCom (John Chow) says:
Wondering if I should head over to #bestof604 They don’t have free food or open bar like this party.

@delwilliams (Delores Williams) says:
@JohnChowDotCom don’t you hate that. If you invite someone to a party then bring on the food and booze.

@netchick (Tanya) says:
@JohnChowDotCom I’d stay where you get free booze and food! (where are you?)

@jpearce01 (Jordan) says:
@JohnChowDotCom sir that does not sound like a party…you could always be fashionably late to 604. 🙂

@shanegibson (Shane Gibson) says:
@JohnChowDotCom hope you come, wanted to tip a pint with you. I’m good for a couple drinks gratis!

@MichaelYurechko (Michael Yurechko) says:
@JohnChowDotCom Take a few drinks to go and sneak them into #bestof604 😛

@JohnChowDotCom (John Chow) says:
Everyone at this party is wearing suits and I’m wearing a Market Leverage T-shirt. He. He. He.

@JesseNewhart (Jesse Newhart) says:
@JohnChowDotCom let’s see how you can leverage that

@steitiyeh (steitiyeh) says:
@JohnChowDotCom hahaha All the luck johnn…. btw, where could i get one of those tshirts?

@MLDina (MLDina) says:
@JohnChowDotCom LOVE IT!!! Show that shirt off (and send us some pics)!

@JohnChowDotCom (John Chow) says:
@NetChick i’m at Dockside restauarnt in Granvile Island. It’s a party for financial planners. They don’t know there is a recession it seems.

@duanestorey (Duane Storey) says:
@JohnChowDotCom they are expecting a bail out.

@JohnChowDotCom (John Chow) says:
I ate like 10 plates of this. 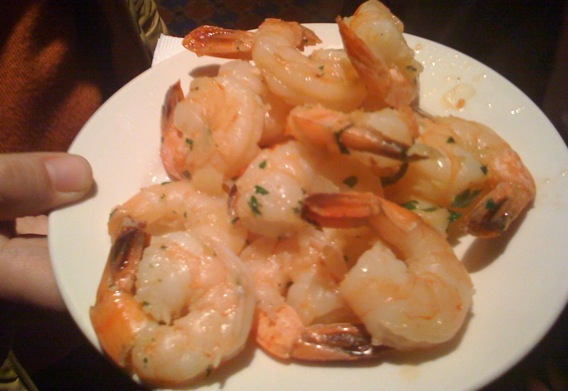 @JohnChowDotCom (John Chow) says:
I’m stuffed. Heading over to #bestof604 to get my award.

The Best of 604 Award Reception

I had no doubt that I would win the Best Personal Blog of Vancouver. Given the size of my readership vs. the competition, it wasn’t even close. My goal wasn’t to win the award itself. My goal was to get more votes than the entire field combined. I came up short, with 46% of all the votes. Gus Greeper was runner up with 7% of the votes. You can see the full list of award winner at Miss604.com.