One of the great feature of an Affiliate Summit Press Pass is it’s the same as the top of the line $997 Platinum Pass. The pass comes with coupons for breakfast, lunch and nine beers. You can grab the beers while touring the show floor or at any of the networking events.

Getting nine free beer is nice but as a friend once said, â€œOne beer is too many and nine is not enough.â€ With that mind, I set out to grab more beer coupons using my top secret ninja affiliate marketing skills. I ended up with over 100 beer coupons and proceeded to empty out the bar at the Affiliate Summit show floor.

To keep the beer cold, we’re emptying the bar 20 beers at a time. Want a free beer? Come on down the ASE blogger lounge. We have tons! 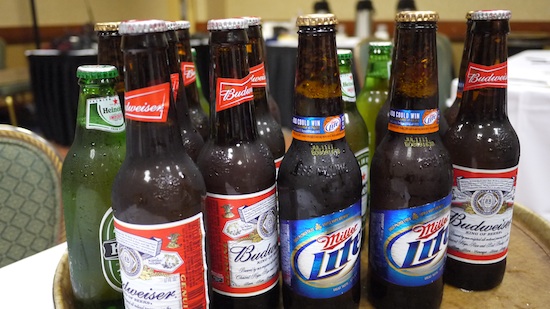