Airbus A380 VIP Saloon – Toys for Boys (Super Rich Ones)

For some people, there is no such thing as a recession. They have so much money that they can’t possibly spend it all even if they try. There’s an entire industry dedicated to separating the super rich from their money. One such company is Lufthansa Technik and they’ve came up the ultimate private jet.

Based on the world’s biggest passenger plane, the Airbus A380, the Lufthansa Technik VIP Saloon is what you would get if you’ve wanted to one up Air Force One. No doubt about it. Pull up next to Obama’s 747 in the A380 VIP Saloon and the leader of the free world will be asking you for a bailout. And you know what? If you can afford this thing, you can probably bail out the United Sates of America!

One might question why Lufthansa would introduce such an extravagant toy during a world wide recession. The answer is simple. Recessions doesn’t affect the rich as much as it does the poor and middle class. Case in point. While nearly every automaker is swimming in red ink, Ferrari posted record profits in 2008. Another thing to keep in mind is more millionaires are created out of bad times than good times. A recession presents a great opportunity for people who know how to take advantage of it. And Lufthansa Technik seems to be taking advantage of it.

The Airbus A380 VIP Saloon features three bedrooms, formal dining room, three VIP lounges and seating in the rear for all the little people. As for the price. If you have to ask, you can’t afford it. 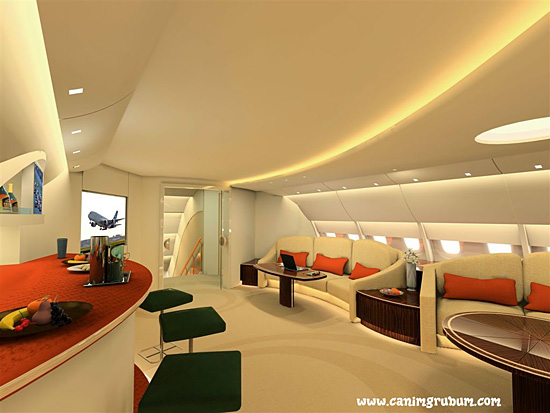 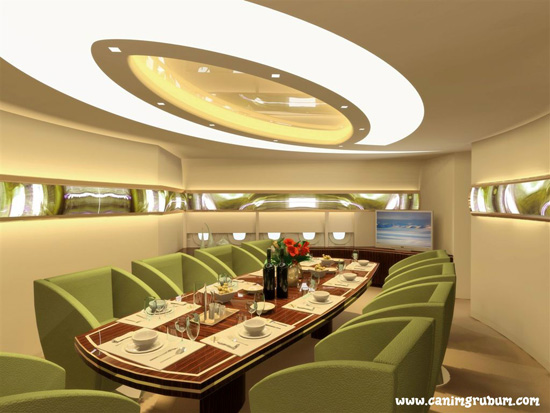 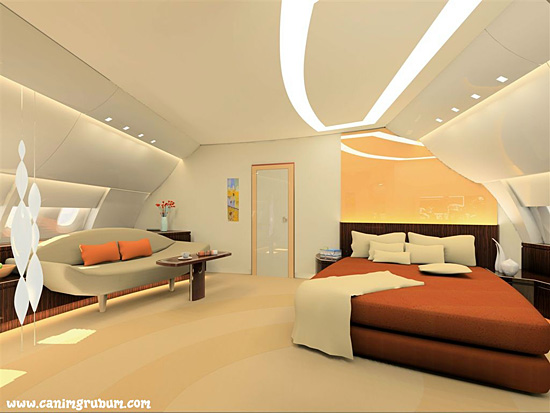 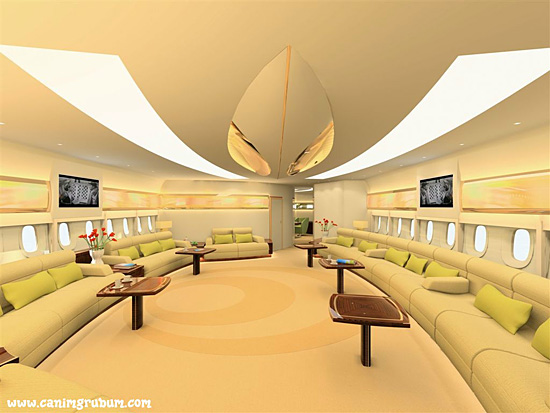 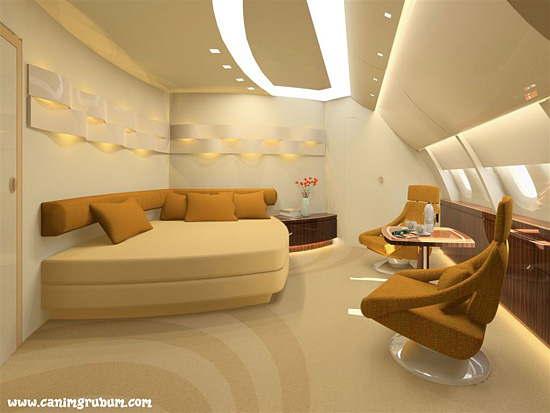