2010 Affiliate Summit East – More Meat Than She Can Handle

Carnegie Deli is a famous sandwich shop in New York. It’s famous not for the quality of the sandwiches but for the size. They are just freaking HUGE! The sandwiches are generally made from two pieces and bread with meat in between – a lot of meat. If you’re a meat eater, Carnegie is your place.

The sandwiches are so big, they’re perfect for sharing. However, Carnegie knows this and to prevent a lowering of their profit margin, they charge $3 extra if you want to share your sandwich. They also don’t offer refills on your soda. If you try to eat the entire sandwich in one seating, you’ll need more than one soda.

If you’re ever in New York and want to eat a stupid big sandwich, head over to Carnegie. They were only one block from where the Affiliate Summit East was held. I was able to consume half my sandwich and doggie bag the other half. However, Crystal didn’t do so well. She said it was more meat than she can handle. 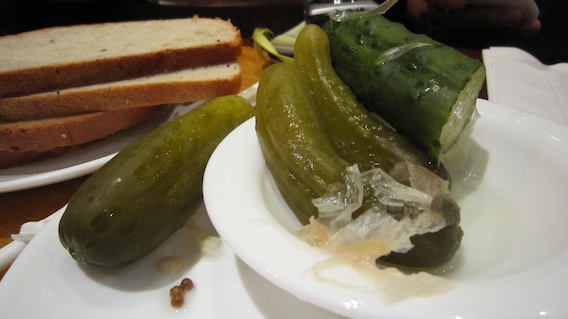 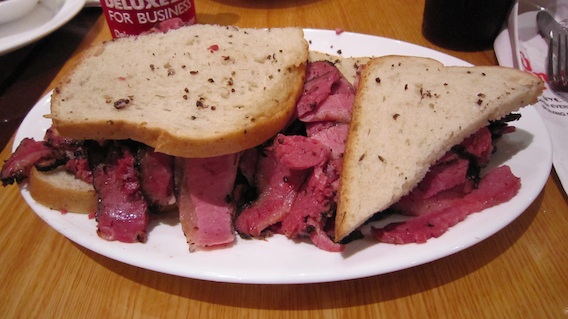 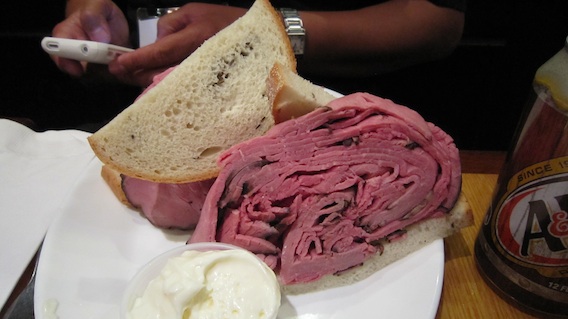 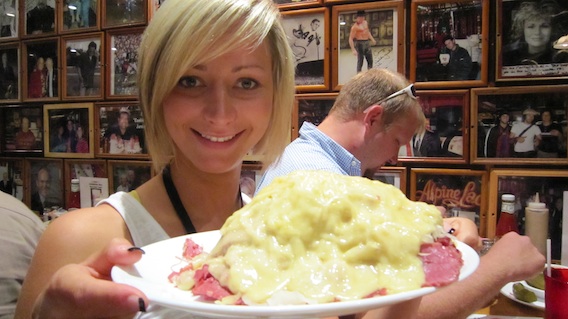