Affiliate Summit East opened today with a keynote from Frank Luntz, one of the most honored communication professionals in America. Time magazine named Frank one of â€œ50 of America’s most promising leaders aged 40 and underâ€ and he is the â€œhottest pollsterâ€ in America according to The Boston Globe.

Frank is the author of the much acclaimed Words that Work: It’s Not What You Say, It’s What People Hear. The book delves deeply into the art and science of language creation, examining how the simple choice of words can change the course of history.

Frank’s keynote centered around the words and phases that people react to. For example, people rather have peace of mind instead of security even though they are pretty much the same thing. Frank also showed how wording a question a certain way can greatly affect the outcome. The best example was a chart showing that 57% of respondent are against more funding for welfare but 73% would support more funding to help the poor. Gee, I wonder what welfare was for?

As an affiliate, Frank’s keynote was extremely useful. I now know the 21 words for the 21st century. If you guy start buying stuff from me but have no idea why you did it, now you do! 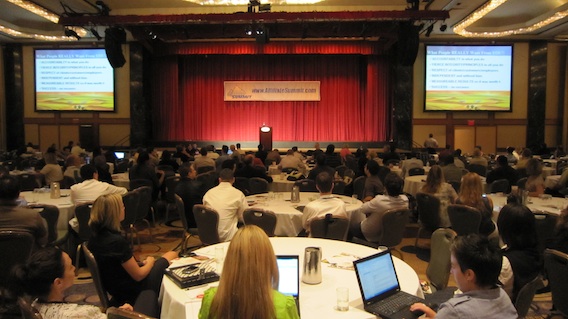 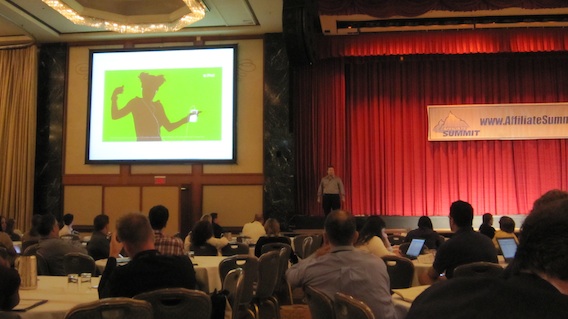 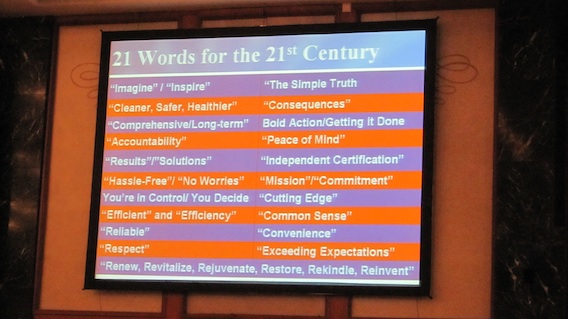 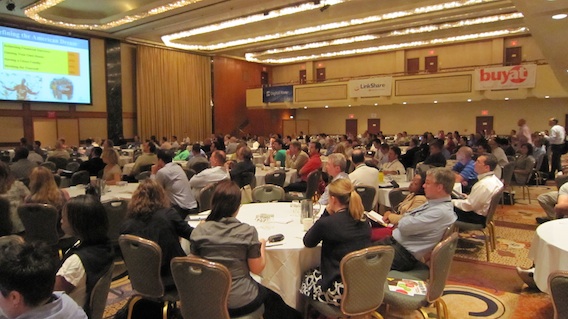 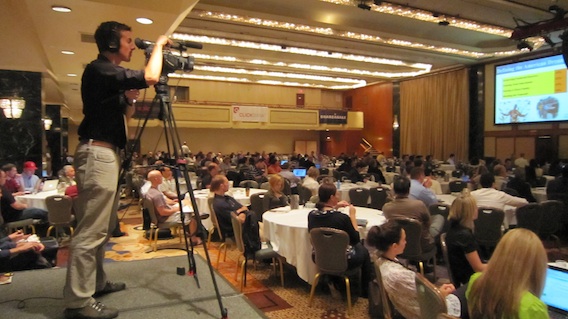