When Adversity Strikes, How Do You Handle It?

My buddy Shoemoney has put up the second of his four free Shoemoney Systems video. This time, Shoe is hanging by his pool, which has a big Shoemoney logo and a robot pool cleaner, and recalling a run in he had with the RIAA. Those are the mean men who goes after you and your friends for downloading music from unapproved sources.

Shoe was sent a take down notice and had 48 hours to remove his site or else. The site was making $100 a day so taking it down wouldn’t be a huge lost. However, instead of taking the site down, Shoe did something else and went on to make over $250,000 with it. How you handle adversity is one of the “secrets” to making money online. Newbies usually give up or throw in the towel at the first sign of adversity, while the “gurus” push through and end up making the big bucks.

If you feel like you’re struggling to make serious money online, then this might be the most important video you’ll ever watch. Enjoy! 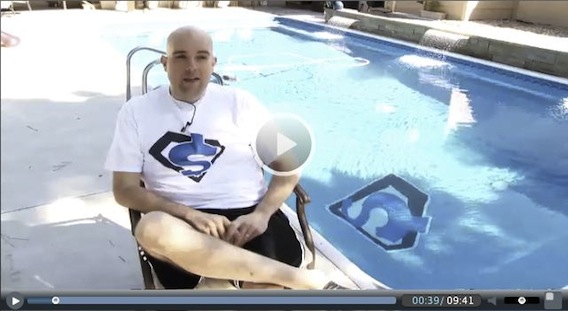 BTW – Since Shoe showed you his pool, I figure I might as well show you his office. The video below was made back in 2008 when Shoe had just moved from his home office and into a “real” office. The Shoeplex is only five minutes from Shoe’s house.