A Visit To The Lamborghini Store 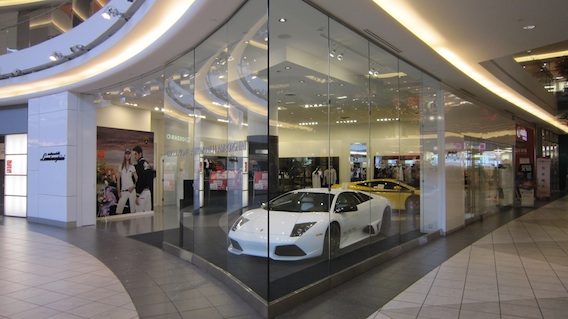 The Lamborghini Store at Richmond’s Aberdeen Centre is the first Lamborghini store in Canada and only the third Lamborghini Store in the world (LA and Beijing have the other two). The store opened on the weekend with a visit from the President of Automobili Lamborghini to cut the red ribbon.

While the store has two Lamborghini cars on display (a yellow LP560 and a white Versace Edition Murcielago), it doesn’t really sell cars. Instead, the Lamborghini Store leverages the Lamborghini name to sell Lamborghini branded clothing items. I guess if you can’t afford a Lamborghini, the next best thing is wear a shirt with Lamborghini written on it. All clothing items are made in Italy and are priced accordingly, which is to say, very expensive.

Personally, I don’t know how long the Lamborghini Store will survive at the Aberdeen Centre. Before Lamborghini took over the store, it belonged to Ferrari and was used to sell Ferrari branded clothing. The store was always dead and I had never seen anyone actually purchased anything in there. They would just look at the Ferrari on display. The Lamborghini Store is pretty much more of the same. I didn’t see anyone buy anything while I was in the store. Like the Ferrari Store before it, everyone just looked at the cars.

Good luck Lamborghini Store. Call me when you’re about to go under and I’ll come and clean out your entire inventory, including the cars… for 5 cents on the dollar. 😛 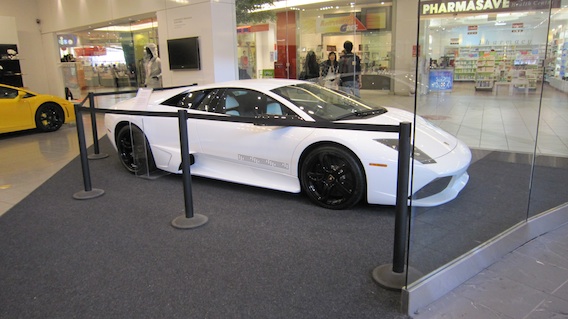 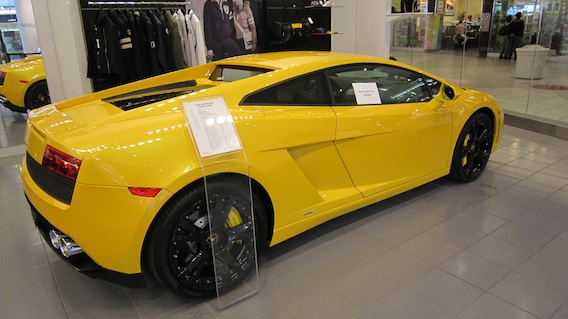 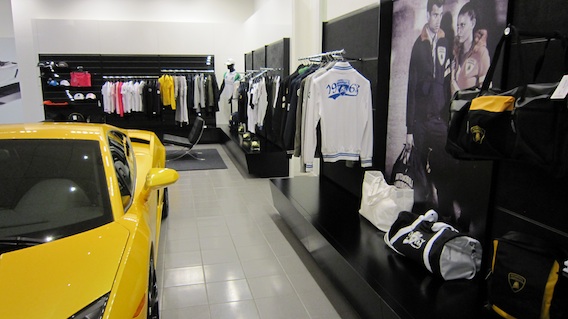 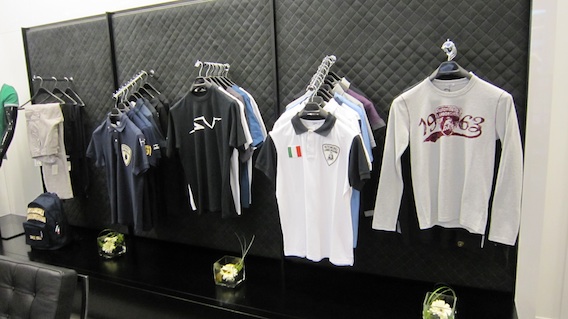 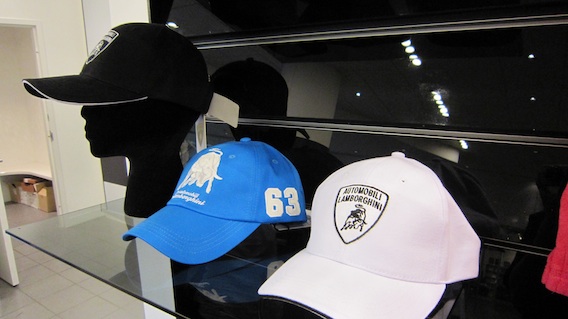 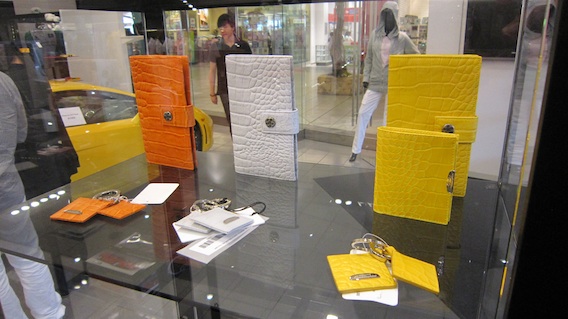 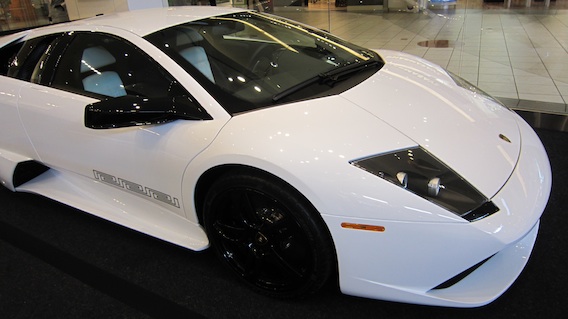